Home Sport Dybala to Utd off – where does it leave Lukaku? 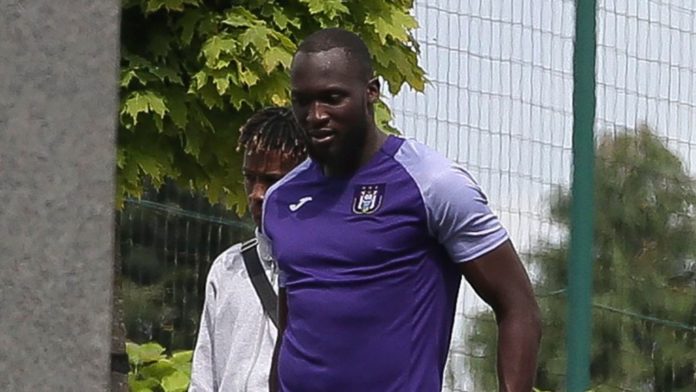 Juve asked for Paul Pogba in Dybala talks; deal impossible for now – they hope to have him back in Turin one day – Fabrizio Romano

A deal in principle to swap Lukaku and Dybala was in place, according to Sky in Italy, but United pulled the plug on their pursuit of the Argentine forward due to the player and his agent’s demands.

Lukaku’s chances of leaving United now look bleak with Inter Milan, the only other interested club at this stage, struggling to meet his £79m valuation – their latest offer is understood to be worth £68m.

The Belgium international striker, who has been training with Anderlecht, was due back at United’s training ground Carrington on Tuesday – but opted to remain in his homeland.

Fabrizio Romano, a reporter for Sky in Italy, joined the Transfer Talk podcast to explain all…

Where does Lukaku stand?

Inter Milan is the only option for Romelu Lukaku, at the moment. If Juventus will not try again – and I guess they won’t because without Dybala as part of the deal it is impossible for Juventus to go for Romelu Lukaku.

They don’t want Romelu Lukaku without Dybala as part of the deal. Inter Milan are the only club interested in signing Romelu Lukaku. Manchester United are always going to ask for 83m euros and Inter Milan knows it – they are still in talks with Lukaku’s agent.

They are not going to match the asking price because Inter Milan are convinced they are the only club interested in Romelu Lukaku. Also because Lukaku strongly wants to leave Manchester United, so they have an agreement on personal terms with the striker. They think Lukaku’s price is around 70-75m euros, no more, at the moment. I guess they are trying to improve their bid, but no more than that.

I think they can wait because they know Manchester United can sell Lukaku after the August 8 Deadline.

Inter are in talks to sign two strikers. Lukaku is the main target, Edin Dzeko is also on the list. It is not easy because Roma want more than 20m euros for a 33-year-old player, who has one year left on his deal. So Inter are considering other options, including Ante Rebic from Frankfurt.

What went wrong with Dybala to Man Utd?

Manchester United also called off the deal because Dybala was going to wait and wait and wait – and they can’t lose time with Dybala. Also they called it off because he was not convinced of joining United.

He never directly had a talk with Maurizio Sarri. I think Wednesday is a possible day that they will speak.

Juventus want to sell Dybala because they need money, they spent a lot on Matthijs de Ligt, they also signed Adrien Rabiot and Aaron Ramsey.

Mario Mandzukic is like Dybala – it was part of the Romelu Lukaku and Paulo Dybala swap deal – and it is now totally off.

Juventus had the dream of re-signing Paul Pogba. They had talks with his agent, Mino Raiola, one month ago to understand if it was possible. But, at the moment, Juventus feels like it is impossible to match Manchester United’s price for Paul Pogba.

Also when they had talks with United about Dybala they asked for Pogba, but it is impossible for Juventus at the moment. They think Paul Pogba, one day, will come back to Juventus because they are convinced he wants to come to Turin.

What can Man City fans expect of Cancelo?

Pep Guardiola strongly asked for him. I think he is perfect for Guardiola, for Manchester City and the Premier League.

He is a right-back who really loves to attack. He is fantastic when he attacks, his crosses, his dribbling, he has some unbelievable skills to be a right-back. He is a Dani Alves-style. His problem is that he is not so perfect when he defends – sometimes he can make mistakes, he is a player who can have 85 minutes as a phenomenal player, then he is absent-minded for five minutes and you lose the game.

The challenge for Pep Guardiola is to complete the growth of this player because Joao Cancelo has everything to become one of the best, if not the best, right-back in the world.