Home World When Earth’s Magnetic Field Flips, It Could Take Thousands of Years 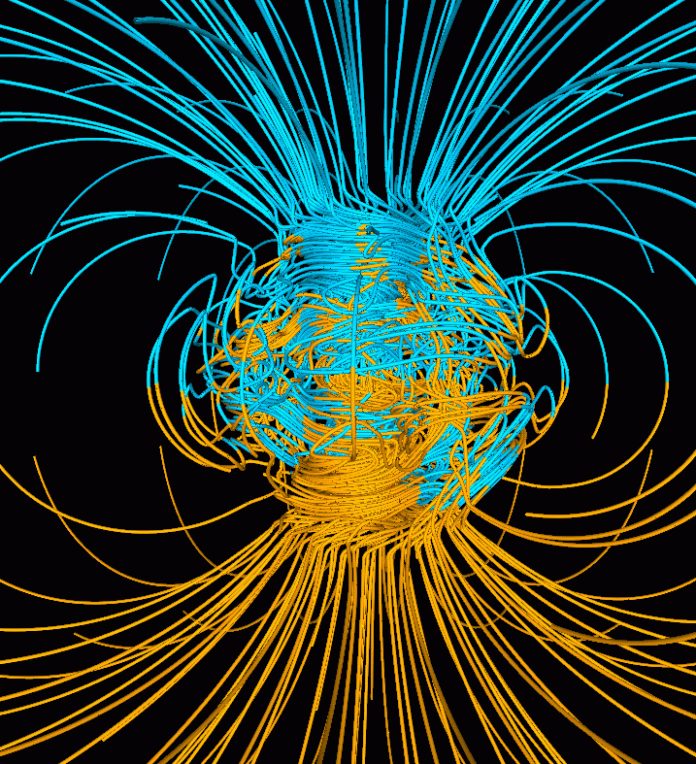 North, I was once surprised to learn, is not always north. There’s geographic north, “up” on maps toward the North Pole, and then there’s magnetic north, which is where compass needles point. Right now the two kind of line up, but that isn’t always the case. Earth’s magnetic field — which guides compasses, animals and auroras — likes to wander, and it’s reversed entirely in the past: Magnetic north was in the geographic south.

Some geologists had thought the flips could be fairly quick, possibly even taking place within a single human lifetime. That’s a big deal, since current fluctuations suggest magnetic north might be gearing up for such a major shift soon. And while it may be a smooth ride, we honestly don’t know enough about how Earth reacts to these things to know if we should worry or not. And whatever natural problems arise would pale in comparison to the chaos such a reversal would wreak on our electrical devices.

But a new study today in Science Advances says we should probably calm down, since the last magnetic field reversal on Earth took quite a bit longer: at least 22,000 years. It’s one more piece in the puzzle of how and why our planet’s magnetic field operates, and slowly but surely researchers are figuring it out.

So how do you study something as ephemeral and invisible as magnetic fields tens of thousands of years ago? Just like most sciences focused on the distant past, you look at rocks. Specifically, researchers study the metallic components of rocks formed back then, to see how the planet’s magnetic field affected them before they hardened. The only problem is, the field reverses relatively quickly — at least in geological terms — so there’s not a lot of data out there about these events.

“Despite decades of study, the geometric structure, timing, and duration of reversals remain enigmatic,” the study’s authors write. To help clear up the mystery, the team looked at lava flows dating back nearly 800,000 years, around the time of the most recent magnetic field reversal. They analyzed samples from Chile, Hawaii, Tahiti and elsewhere to get a truly global sense of the changing magnetic field. And, crucially, they used the latest, new and improved dating methods to determine exactly how old each bit of the sample was.

The geoscientists then checked these numbers against other ways of studying Earth’s past magnetic field, including analyses of the seafloor and Antarctic ice cores. (The former is another source of ancient rocks whose inner bits record the field’s movements, and the latter show how much space radiation struck Earth’s surface in the past, a proxy for the strength of the magnetic field since a weaker one allows more radiation through.)

All this work painted a vivid picture of our planet’s magnetic past. The first sign of trouble came around 795,000 years ago, when the field started to show signs of collapsing. It quickly regenerated, though, and stayed strong for another 11,000 years until starting to fail and sputter again. At that point, it may have taken just 4,000 years for the field to fully reverse. By 773,000 years ago, the flip was complete.

So while the real change took place relatively quickly, it was preceded by literal millennia of noticeable activity. And that’s activity we have not yet noticed taking place in modern times, despite incredibly close scrutiny. A full-on magnetic field reversal likely isn’t in our immediate future.

But, it’s possible that we’re at the start of a thousands-of-years-long process that might end in one. And thanks to studies like this one, we’ll be better prepared to handle whatever disasters — manmade and natural — might accompany the change from north to south.