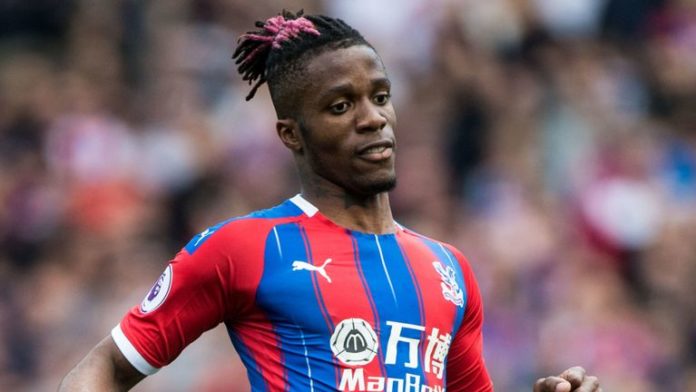 Wilfried Zaha did not train with Crystal Palace on Deadline Day amid interest from Everton, according to Sky sources.

Zaha handed in a transfer request on Wednesday after Everton saw a £70m-plus-players bid rejected, with Palace wanting £80m for the Ivory Coast international.

Sky Sports News understands the 26-year-old is understood to be very disappointed and disillusioned about the situation.

Zaha has attracted huge amounts of attention during the summer transfer window; Arsenal were keen on his signature before they signed Nicolas Pepe, and there has been interest from Napoli in Italy.

He has made it clear he wants to leave Palace this summer, with his preferred move being across London to join his boyhood club Arsenal, and has expressed his desire to play Champions League football.

Arsenal had a £40m offer turned down earlier this month, while Everton’s first bid of £55m was also rejected. Arsenal have since signed Zaha’s Ivory Coast team-mate Pepe for £72m, while Moise Kean joined Everton.

Palace are keen to keep Zaha – who has four years remaining on his contract at Selhurst Park – before the window for Premier League clubs closes on Thursday.

Zaha scored 10 goals and created 10 assists in 34 Premier League games last season, and has 35 goals in 180 games across all competitions since he rejoined the club from Manchester United in 2015.

Overall, Zaha has made 323 appearances for Palace across two spells, scoring 53 times.

It’s Transfer Deadline Day for the Premier League and Championship on Thursday August 8 and Sky Sports will be bringing you all the latest news on who your club is signing.

As well as tuning into Sky Sports News, don’t miss a thing with our dedicated Transfer Centre blog.