Home Culture ‘Four Weddings and a Funeral’ debuts on Hulu 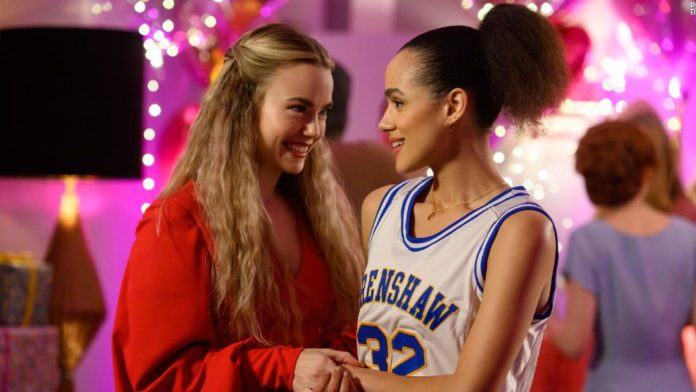 Co-created by Mindy Kaling and Matt Warburton (who worked together on “The Mindy Project” and “Champions”), the Hulu series is notably more diverse than the 1994 feature. Andie MacDowell also pops up as a guest star, providing one conspicuous link to that film.
Otherwise, this dramedy mines the movie title to loosely build a drama around a group of American friends reunited in London, where their interactions are complicated by long-simmering unspoken crushes, inconvenient chemistry and at least one left-at-the-altar scenario.
At the core of it all is Maya (“Game of Thrones” alum Nathalie Emmanuel), who is introduced in a relationship where she’s the other woman, sleeping with her married boss. That doesn’t end well, and soon enough she’s off to the UK for a friend’s wedding, where she seeks a fresh start and promptly meets Kash (Nikesh Patel), who she describes (in one of the better lines) as a “caramel Ryan Gosling.”
If there’s a quibble about the movie — a charming romantic-comedy artifact of its time — it had to race through its tentpole events, minus much interstitial material, to fulfill its title. The series obviously allows for a more expansive approach without doing nearly enough to make anybody want to commit to spending this much time with these characters.
Then again, part of the problem — having seen seven episodes — is that “Four Weddings” feels like it telegraphs its key beats, straining to find wrinkles to prolong the drama.
If there’s a near-saving grace, it’s Emmanuel, showing off a different and charming side as a character who keeps finding herself at the center of uncomfortable or complicated romances.
Mostly, “Four Weddings and a Funeral” plays like a cynical grab for attention, based on the not-entirely-faulty assumption that any form of name recognition is an advantage when it comes to making noise in a crowded streaming universe.
Yet even if the invitation works on that level, faced with the little matter of creatively capitalizing on that opportunity, “Four Weddings” won’t catch any bouquets.
“Four Weddings and a Funeral” premieres July 31 on Hulu.