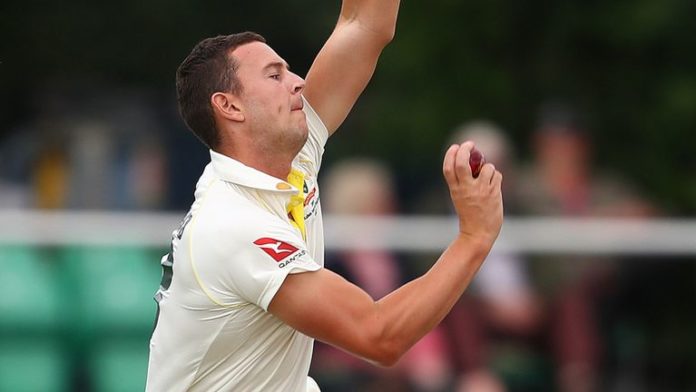 Josh Hazlewood finished with a three-wicket haul in Australia’s tour game at New Road to stake a claim for an Ashes call at Lord’s next week.

Paceman Hazlewood was overlooked for the first Test win at Edgbaston, but he delivered a timely show of his skills as Worcestershire declared on 201-9 – 65 behind Australia on first innings.

Mitchell Starc, Michael Neser and Marnus Labuschagne took two wickets apiece as Alex Milton (74) and Charlie Morris (53 not out) made half-centuries for the home side.

Australia lost Cameron Bancroft quickly in their second innings, the out-of-sorts opener caught behind off Morris for seven.

Watch the second Ashes Test between England and Australia at Lord’s from 10am, Wednesday on Sky Sports The Ashes and Main Event.