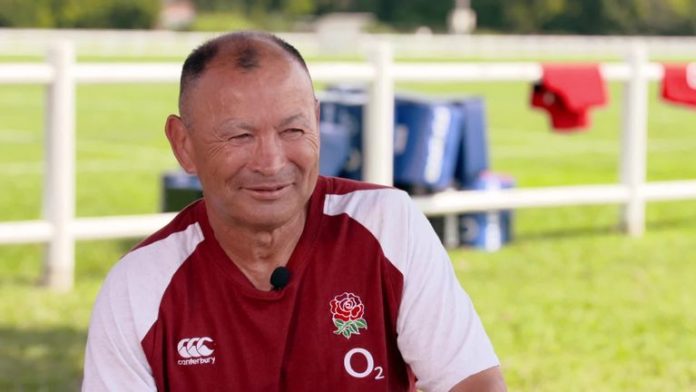 The 2023 World Cup in France could feature major law amendments including a reduction in legal tackle height to the waist.

These include reducing tackle height to the waist and high tackle technique warnings. A high tackle warning system has operated at the last two World Rugby U20 Championships.

World Rugby say their reduced tackle height rationale is that forcing players to tackle lower may reduce the risk of head injuries to both the tackler and tackled player.

There is also the introduction of an infringement (penalty and free kick) limit for teams. Once a team has reached the limit, a mandatory yellow card is given to the last offending player as a team sanction.

Interviews with Eddie Jones and Alun-Wyn Jones feature on this week’s Will Greenwood’s podcast as England face Wales.

Australia’s National Rugby Championship will play a key role in the trials, while World Rugby says a number of unions have expressed interest in staging trials, including the French Federation at all community levels, plus South Africa for the Currie Cup and domestic leagues in Georgia and Fiji.

“The package of trials will be rolled out as designated closed trials in competitions around the world,” World Rugby said in a statement.

“And if successful, would be recommended for global trial within the next Rugby World Cup cycle, meaning Rugby World Cup 2023 could be the first global showpiece to feature law amendments fully aimed at reducing injury risk.

“This is in part driven by an increase of ball in play time by 50 per cent since Rugby World Cup 1987, to approximately 40 minutes today.

“This has given rise to a 252 per cent increase in tackles over the same period, which is why the group is focused on this facet of the game, identifying solutions to reduce the risk of high-risk situations.”

In addition to approved trials, the executive committee has rubber-stamped moves for further analysis of areas such as reducing the number of permitted substitutions and players being off their feet at a ruck.

World Rugby chairman Bill Beaumont added: “World Rugby is unwavering in its commitment to ensure rugby is as simple and safe to play as possible for all.

“While injury incidence in the sport is not increasing and concussion incidence is decreasing, we can, and must, do more to reduce injuries at all levels. This is an important milestone on that journey.

“The next step is to identify in partnership with our unions appropriate competitions to run the trials.”

Initial closed trials could start later this year, with reviews taking place throughout 2020. Any northern hemisphere global trials would start in August 2021.