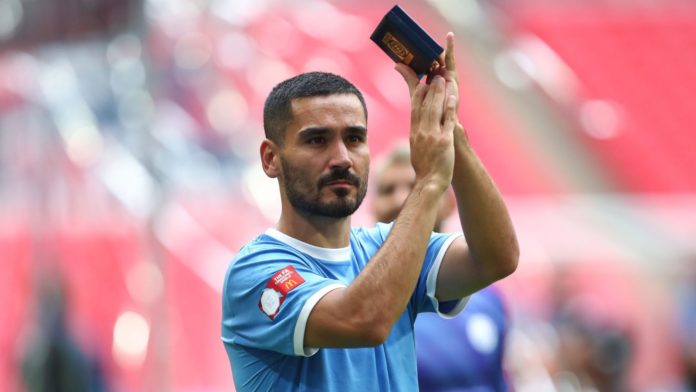 The 28-year-old had entered the final year of his previous four-year contract, having joined City from Borussia Dortmund in 2016.

“I am very happy,” the Germany midfielder told the club’s website.

“I feel privileged to work with this great group of lads and with Pep.

“Playing for this club for three years is an amazing feeling and I am very grateful that I can continue and hopefully we can achieve more nice moments.

“We have great players and have already achieved a lot, but I think there is more to come. We have a lot of potential.

“I am happy that I can be a part of trying to get that out of us.”

“He has shown how important he is to the team and has played a huge part in everything that we have achieved so far.

“We are thrilled he has committed his long-term future to Manchester City.”

In June, Sky Sports News reported that City were not prepared to allow Gundogan to leave the Etihad this summer.

Talks over a new deal came to a halt back in March when Gundogan admitted he was considering running down his contract to embark on a new challenge.

Since then, the Germany international has featured heavily in City’s pre-season friendlies as well as making a substitute appearance in their Community Shield win over Liverpool.