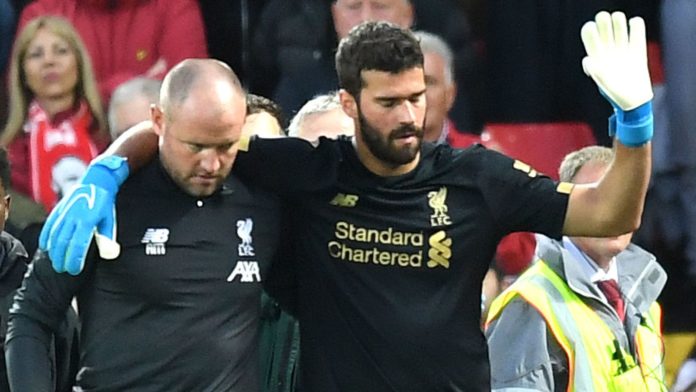 Goalkeeper Alisson Becker was forced off in the first half of Liverpool’s opening Premier League game of the season with an injury.

Liverpool were 3-0 up against Norwich when Alisson went down after his left leg buckled as he prepared to take a 36th-minute goal kick.

The Brazil international was replaced by Adrian, who was handed a surprise debut for his new club after only joining Liverpool earlier this week as a free agent following his release from West Ham at the end of last season.

Liverpool now faces an anxious wait to discover whether Alisson will be fit for the European Super Cup final against Chelsea in Istanbul on Wednesday night.

Liverpool visit Southampton for their next Premier League game on Saturday August 17.

How to watch Premier League highlights

This season you can watch Premier League highlights just after the full-time whistle for free and without being a Sky Sports subscriber.

We’ll bring you highlights of every Premier League game on the Sky Sports website and app at full-time or from 5.15pm on Saturday afternoons.

Take Your Seat for more live Premier League games than ever before. To upgrade ahead of the new season, click here