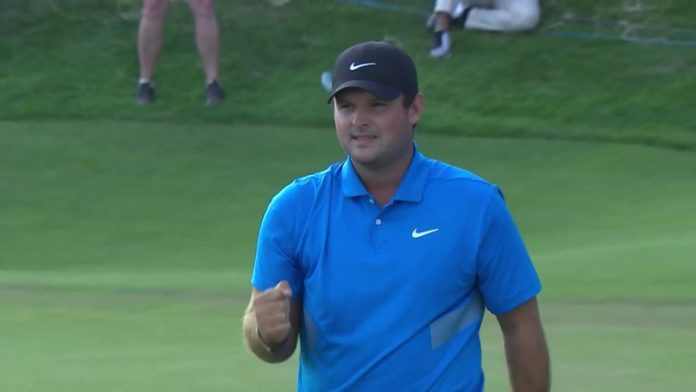 Patrick Reed ended a 16-month winless run on the PGA Tour by claiming a one-shot victory at the Northern Trust in New Jersey.

The 29-year-old holed a three-foot putt to save par at the last and close out a two-under 69 at Liberty National, taking him to 16 under and stay ahead of playing partner Abraham Ancer.

Victory is his second in three years at the opening FedExCup Play-Off and lifts him up to second in the standings, with one-time leader Jon Rahm ending the week tied-third alongside Harold Varner III.

Beginning two strokes off the pace, Rahm followed back-to-back birdies from the fifth with a tap-in gain at the eighth to reach the turn one ahead, as Reed posted a front-nine 36 after mixing three birdies with as many bogeys.

Rahm failed to get up and down from a greenside bunker to save par at the 11th, only to hole a 12-foot birdie at the next and make a two-putt birdie at the par-five 13th to briefly move two ahead.

Back-to-back bogeys from the 13th by Rahm saw Reed regain top spot by rolling in from 10 feet at the 14th, before the former Masters champion holed from a similar distance to scramble a par at the next and then fired his approach into the par-four 16th to close-range.

Ancer closed the gap to one by posting successive gains from the 16th but was unable to find a final-hole birdie, allowing Reed to complete victory with a two-putt par from the back of the green.

Rahm matched Reed’s final-round 69 and Varner fired three consecutive birdies from the 12th to also get to 14 under and extend his season, while Scott birdied two of his final three holes to close a round-of-the-day 65.

FedExCup leader Brooks Koepka played his first six holes in five under but then triple-bogeyed the ninth on his way to a one-under 70, leaving him in tied-30th, while Danny Willett was unable to break into the top 70 in the FedExCup standings after a final-round 75.