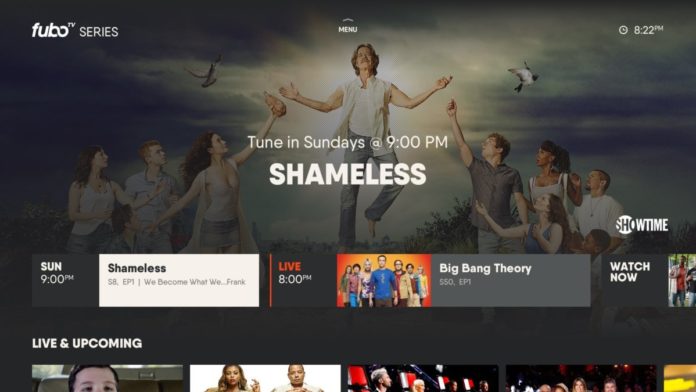 Of all the streaming TV bundles available today, FuboTV is the most peculiar. Ostensibly aimed at sports fans, Fubo’s $45-per-month package doesn’t include ESPN, which is the largest sports network of them all.

A lot of the coverage sports fans expect, such as Monday Night Football and a wide swath of college football games, will therefore be absent. No other streaming bundle that offers sports programming dares to live without the Worldwide Leader.

Still, omitting ESPN frees up FuboTV to pursue other sports programming, such as BeIN Sports and Fox Soccer Plus, at still-reasonable prices. Combine those channels with an increasingly-slick interface on phones, tablets, and TV devices, and FuboTV makes a strong case for sports fans who don’t have cable—or at least a subset of them.

Updated August 12, 2019 to reflect FuboTV’s latest channel lineup. We’ve preserved the original content here if you’d like to revisit it.

FuboTV: What you get

FuboTV isn’t just a sports bundle. It also includes a slew of non-sports channels, such as FX, SyFy, A&E, and HGTV. FuboTV also offers local CBS, NBC, and Fox channels in select markets, with on-demand shows from those channels nationwide. But if those channels are all you care about, there are other ways to get them for less. (You’ll find FuboTV’s complete channel lineup at the bottom of this review.)

Where FuboTV really pays off is in its selection of sports channels that are either unavailable or much more expensive through other bundles. You can’t get Fox Soccer Plus or Eleven Sports through Sling TV, for example, and you can’t get BeIN Sports or Eleven Sports through DirecTV Now. PlayStation Vue would cost $70 per month with Eleven Sports and Fox Soccer Plus, and it still doesn’t include BeIN Sports. Hulu with Live TV doesn’t offer any of these channels. In the New York metro area, FuboTV also offers MSG, which no other streaming bundle has.

The overall format of FuboTV is similar to other streaming bundles, in that subscribers get a batch of live streaming channels that mirror their cable counterparts. Many of these channels also offer a selection of on-demand video, and some support a replay feature that lets you watch a few days’ worth of past programming. Alternatively, you can login to nearly 30 TV Everywhere apps to watch on-demand video on many more devices, though this option isn’t available for every channel.

DVR is included at no extra cost, but it’s a bit skimpier than other bundle with just 30 hours of recording time. That said, you can upgrade to 500 hours of storage—more than any bundle that doesn’t put time limits on recordings—for an extra $10 per month. Simultaneous streams are capped at two, with no option to upgrade to more streams at a time.

FuboTV’s apps have come a long way since our last review, when bugs were a constant issue and key features such as DVR access were missing on TV devices.

On Apple TV and Roku, FuboTV’s main menu highlights major upcoming events and sports that are currently on air. From there, you can drill down into individual sports, from soccer and football to rugby and horse racing. Similar menus are available for TV shows and movies, and there’s also a grid-based channel guide—albeit with the axes flipped so that channels run horizontally and air times run vertically. Although Fubo’s Fire TV and Android TV apps don’t have the same slick design, they do offer all the same features.

Still, FuboTV is missing some of the creature comforts of other streaming bundles. There’s no way to quickly reload previous channels or programs, for instance, and there’s no mini-guide to browse while video plays in the background. FuboTV doesn’t offer watchlists, personalized recommendations, or shortcuts to favorite channels, either. (As a result, the lack of support for multiple users is a moot point.)

As for video playback, FuboTV claims to be a leader in low-latency streaming, and that’s been true in my testing. With live events on FS1 and NBC Sports, Fubo’s streams arrived more than 30 seconds sooner than the same channels on Sling TV and PlayStation Vue. That makes a huge difference if you like to follow live game commentary on social media.

It’s all the more disappointing, then, that FuboTV doesn’t offer 60-frames-per-second video playback across all sports channels. For now, those smoother frame rates are only available on Fox channels, the NFL Network, and the Big Ten Network. If you hate the choppier look of 30 frames per second video in sports programming, PlayStation Vue and DirecTV Now are still superior options.

Despite those issues, FuboTV is a competent streaming service with a unique mix of channels. If you like sports in general, but don’t care for ESPN in particular, it might be the streaming bundle for you.

Sports Plus add-on package ($9 per month):

Adventure Plus Add-on package ($5 per month):

The Fubo Latino and Fubo Portuguese packages are no longer offered to new subscribers.