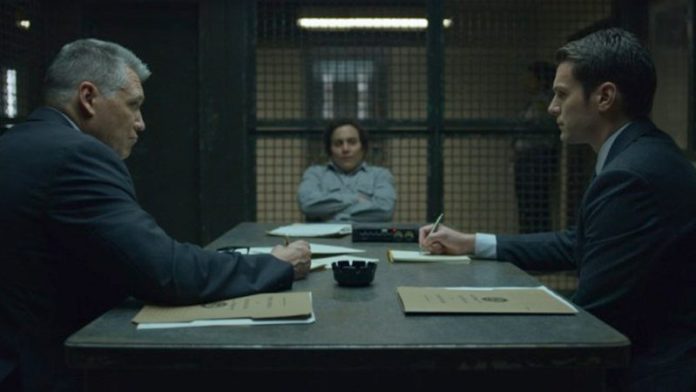 Welcome to Mandatory Streamers, our latest column covering the best new streaming content coming your way every week! For the week of August 12, Jonathan Groff and Holt McCallany return for the second season of Netflix’s Emmy-nominated crime thriller Mindhunter, this time taking on the Atlanta Child Murders and coming face-to-face with Charles Manson. Check out the best shows debuting and returning online this week as well as the latest renewal announcements below, and be sure to visit our mother site Mandatory by clicking here!

Mindhunter, Season 2 Premiere: In the hit crime series, two FBI agents (Groff, McCallany) set out on a sinister investigative odyssey to discover the brutal answers. In addition to the Atlanta Child Murders — which took place between 1979 and 1981 — the new season will likely cover Son of Sam and the reappearance of the BTK Killer. Also starring Anna Torv, Hannah Gross, and Damon Herriman as Charles Manson, the second season will launch on Netflix on Friday, August 16.

The Terror: Infamy, Season 2 Premiere: AMC’s Terror horror-drama anthology series returns for its second installment with a new story highlighting the dark entity that is plaguing a Japanese-American internment camp. The 10-episode season is set during WWII, following a young man’s journey to understand and combat the malevolent entity responsible for a series of bizarre deaths haunting a Japanese-American community. The new season will premiere on AMC on Monday, August 12, with episodes streaming on the AMC website and later on Hulu.

Lodge 49, Season 2 Premiere: The second season of this modern fable finds Dud, now a “Squire,” and the Ancient and Benevolent Order of the Lynx suffering under new rule by an ill-suited leader. Despite the lost faith of his “Knight” and mentor, Ernie, and his twin sister Liz’s struggle with their past, Dud believes he is the key to restoring the Lodge to its former grandeur and putting the rightful king on the throne. Season 2 of the surreal stoner comedy, which will feature Paul Giamatti in a guest role, will premiere on Monday, August 12 on the AMC website, and will later stream on Hulu.

Why Women Kill, Series Premiere: CBS All Access’ dark comedy-drama follows the story of three women living in three different decades: a housewife in the ’60s, a socialite in the ’80s, and a lawyer in 2018, each dealing with infidelity in their marriages. The series will examine how the roles of women have changed, but how their reaction to betrayal has not. Why Women Kill will begin streaming on Thursday, August 15.

Mr. Iglesias, Season 2: Netflix has renewed the multi-cam comedy series Mr. Iglesias for a second season! The series stars comedian Gabriel Iglesias, who plays a good-natured public high school teacher who works at his alma mater. He takes on teaching gifted but misfit kids to not only save them from being “counseled out” by bully bureaucrat Assistant Principal, but also to help them unlock their full potential. The first season, consisting of 10 half-hour episodes, is currently available to stream.

In a surprise move, Disney chief executive Robert Iger steps down and is replaced by a theme-park lieutenant

She wasn’t drinking after all. Her bladder was brewing its own alcohol.

Humiliated and abused, the women trapped in a country far from home