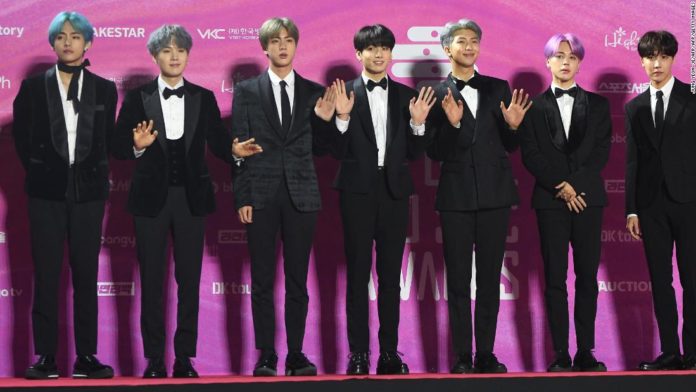 The world’s favorite K-Pop septet announced its members are going on an extended hiatus from performing following a concert in Seoul on Sunday.
It’s the first time the young music phenoms will take time off since the group’s debut in 2013, according to a Twitter statement from their management company, Big Hit Entertainment.
Big Hit said the much-needed break provides a chance for the members of BTS — that’s RM, Jungkook, Jin, Suga, J-Hope, Jimin and V — to “rest and recharge.”
“This will also provide them with a chance to enjoy the ordinary lives of young people in theirs 20s, albeit briefly,” the group said in an English version of their statement.
There’s no word on how long this vacation will last or what the teen idols will do with their newfound freedom, but Big Hit implored fans to give them their privacy.
“Should you have a chance encounter with a member of BTS while they are on vacation, we ask that you show consideration for their need to rest and enjoy their private time off,” the company wrote. “BTS will return refreshed and recharged to return all the love you have and continue to show them.”
Most BTS “stans” (i.e. diehard superfans) took the news surprisingly well, saying that although they’ll miss the Bangtan Boys, they’re happy they get a hard-earned break.
Twitter user bette said she’d be quick to remind the boys that they’re on a break if they attempted to work during their hiatus.
Fan neish tweeted, “bts waking up after their well deserved hiatus fully rested and happy ready to come back to break more records and deliver more unmatched content” with a video of a sleepy Suga.
A user called “Still bangtan” said they were “actually crying rn, out of joy and relief. This is what they deserve as world dominating artists and as human beings. Rest well!!”

BTS is credited with popularizing K-pop in the US, due in large part to the group’s ceaseless touring and recording schedule. Since 2013, they’ve played five continents on five separate tours, released six full-length albums and six EPs, and maintained an award-winning social media presence that’s grown their massive worldwide following.
Oh, and they addressed the United Nations in September.
Phew. Maybe they’ve earned a break.