Home Sport ‘VAR must intervene on any offside’ 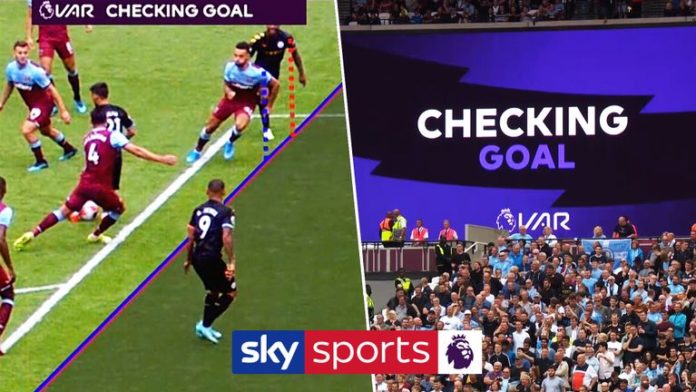 The most senior refereeing official in European football has supported the use of Video Assistant Referees for marginal decisions on offside.

VAR made its Premier League debut on the weekend, with two goals disallowed after around 70 checks in 10 games.

The first of those two disallowed goals came at the London Stadium after Manchester City’s Raheem Sterling was deemed offside in the build-up to Gabriel Jesus’ ‘goal’.

The decision stirred debate regarding marginal offside decisions, and while Dermot Gallager told Ref Watch the “factual evidence is there for everybody to see”, UEFA’s chief refereeing officer Roberto Rosetti said offside must be given if an image makes it clear.

“If you have a clear image that proves that the player, the attacker, is an offside position, using technology – of course, you have to intervene,” Rosetti said when discussing VAR ahead of Wednesday’s Super Cup match between Liverpool and Chelsea.

Rosetti also confirmed he is in talks with the PGMOL following its introduction over the weekend, but said he did not want to be drawn on individual circumstances.

“We are in contact with Mike Riley, we are working together, we are sharing opinions, so he knows very well my point,” he added.

“I don’t want to speak about Serie A, Bundesliga, La Liga and Premier League. I know that this is not an easy project and, of course, the referees, the VARs, need time to adapt but I’m sure it will work well.”