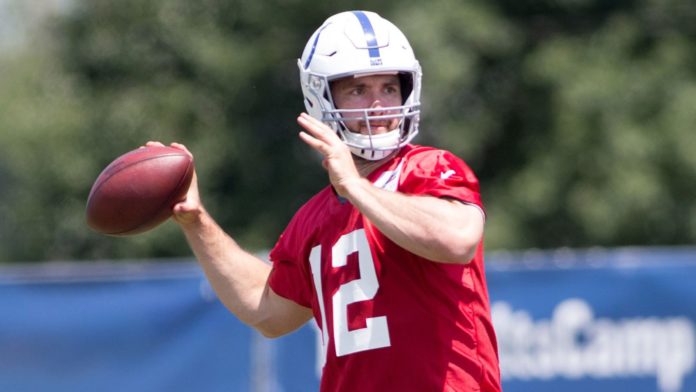 Luck is known to be dealing with a calf injury, but Irsay’s comments on Monday on SiriusXM NFL Radio suggest the four-time Pro Bowl passer may have multiple ailments.

“I know everyone’s had their questions about Andrew and that sort of thing, but I really feel very confident that he’s going to find his way through this thing,” Irsay said.

“I think after the [Kevin] Durant things, everyone’s erring on the side of caution, but quite frankly this is not even in the Achilles tendon.

Luck, who turns 30 next month, originally injured his calf in April and has only participated (in limited fashion) in three practices in training camp.

Luck was the NFL’s Comeback Player of the Year in 2018, passing for 4,593 yards and 39 touchdowns after sitting out the entire 2017 season with a shoulder injury.

The Colts open the regular season September 8 at the Los Angeles Chargers. It’s possible a third quarterback would be kept on the 53-man roster behind Jacoby Brissett, who would start in Luck’s absence.