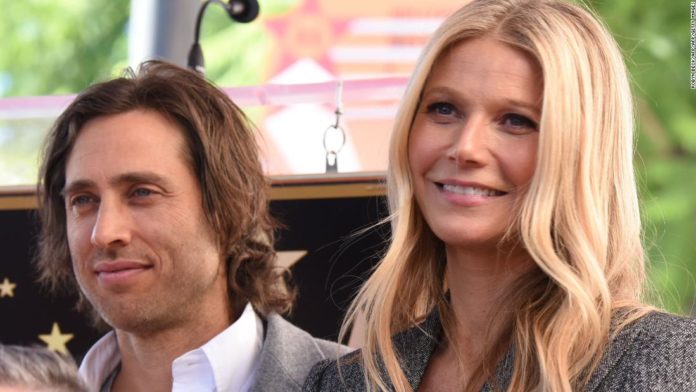 But first things first: about the fact that he and Paltrow famously have been living together only four days a week.
Falchuck reiterated what Paltrow recently told InStyle — the couple took some time to help their children from previous relationships transition into the new, blended family and the will soon be moving in together.
“I’m moving in September. We’ve just done it slowly,” Falchuk told WSJ Magazine. “Divorce is terrible, even when it’s the right thing to do. And it’s really hard on kids. Come September we’re all gonna ‘Brady Bunch’ it up, and it’ll be great.”
He and Paltrow are working together on his new Netflix show, “The Politician.” The comedy, which also stars Ben Platt and Jessica Lange, is part of Falchuk’s reported four-year deal with the streaming giant.
It’s a role he wrote specifically for Paltrow, she said, and they worked well together.
“We have such a strong friendship and deep knowledge of the other, so it was very easy,” Paltrow told the WSJ. “I can be very impatient with acting these days, and he was really good at wrangling that impatient side.”
Falchuk may not get as much media attention as his famous wife or his producing partner, Ryan Murphy, but he seems more than alright with that.
Married for nearly a year now, the pair rarely discuss such attention, he said.
“Gwyneth has a very tough skin. She’s like, ‘You’ve got to relax,'” Falchuk said. “At the end of the day, we’re getting into bed together… and nothing from the outside world or anybody’s opinion means anything.”