Home Culture How President Trump Scooped Me on a Google Story 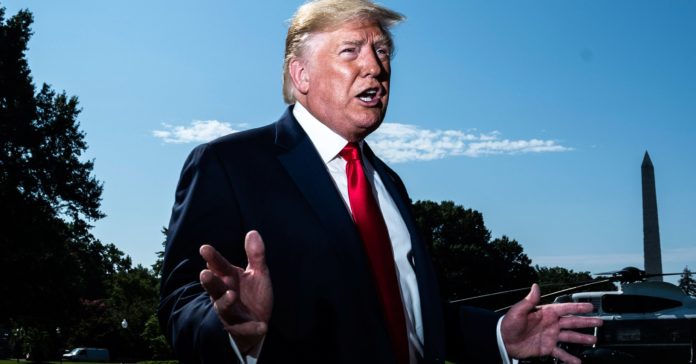 For the past two years or so, I’ve been reporting on tensions inside Google’s workforce—between Google’s management and its employees, and between pro-diversity Googlers and those on the far right. In the course of that reporting, several of my sources across the political spectrum kept mentioning one person: Kevin Cernekee (SIR-nek-ee), a Google Chrome engineer who managed to cast a very long shadow on the company’s internal social networks.

I first learned Cernekee’s name in January 2018, but I would hear it again and again after that. Cernekee, many sources said, was one of a handful of far-right trolls who made their presence felt across Google. With remarkable consistency, they described him as a provocateur on the company’s internal networks, one who denounced Google’s “social justice political agenda,” flirted with defending white nationalists, and referred to far-right agitators Pax Dickinson and Charles C. Johnson as “my friends.” (Cernekee says he is not a white nationalist.)

Cernekee was also waging multiple legal battles against the company, and Google, in response, was changing policies affecting all of its 100,000-odd employees. At times, when Google seemed to be reacting to the small army of progressive activists who were garnering enormous news attention over the past three years, the company was actually parrying Cernekee.

For instance, in January 2019, news broke that Google had asked the National Labor Relations Board to limit workers’ rights to organize over company email. Many observers made the reasonable assumption that this was an attempt to crack down on liberal activists, who had, after all, just recently organized a 20,000-employee walkout. But in fact, Google’s request was related to a charge that Cernekee had filed to the NLRB. After being reprimanded for his conduct in a debate over diversity in 2015, Cernekee alleged that Google had violated his right to engage in “protected concerted activity”—his right to join forces with coworkers over the company’s electronic networks to improve working conditions—on behalf of conservatives at the company.

But as well known as he was on Google’s internal forums (and to Google’s lawyers), Cernekee was all but invisible to the public. He had virtually no online presence. In nearly all of the legal documents that involved him, his name was redacted.

When I set out reporting WIRED’s September cover story about the tumultuous past three years inside Google, I knew that Cernekee had wielded an outsize influence in the drama—in a way that was uniquely enabled by Google’s open culture. Cernekee’s lawyer tried to dissuade WIRED from publishing his name, but my editors and I decided to go ahead. For the full account of Cernekee’s role in Google’s travails, and of many other battles inside Google, you can read that cover story here.

One week after our story went to press, but before it appeared on newsstands or online, Cernekee made his national media debut. He gave an interview to the Wall Street Journal, describing himself as a mainstream Republican who had been bullied and then fired by Google for his views.

Over the next few days, Cernekee made the rounds on Fox News. First he was interviewed by Tucker Carlson for his nightly show, where he predicted that Google would try to sway the 2020 election against Trump. Then he appeared on Fox & Friends. Later that day, Lou Dobbs rebroadcast the clip from the Fox & Friends interview, and President Trump tweeted a clip from that show:

Check out what @Google is up to for the 2020 election! #KAG2020 pic.twitter.com/roM2WNmUSP

And the next day, Trump fired off another tweet, this one mentioning Cernekee by name.

… are NOT planning to illegally subvert the 2020 Election despite all that has been said to the contrary. It all sounded good until I watched Kevin Cernekee, a Google engineer, say terrible things about what they did in 2016 and that they want to “Make sure that Trump losses…

“I never had any desire to be a public political figure,” Cernekee wrote in response to questions from WIRED. “Since Google wrongfully terminated me, I have frequently been urged to come forward publicly to discuss problems at the company. I was reluctant to do so, because even though I saw many problems during my tenure, I am a coder and I did not want to deal with the notoriety. However, once it became clear that my privacy was not going to be respected, I decided to tell my side of the story.” Cernekee also disputed the idea that he was well-known on Google’s internal message boards, arguing that he primarily interacted with “small groups of friends” on internal Google mailing lists called Free Speech and Conservatives, the latter of which he moderated for a time. “I tried to avoid getting into political debates with people I didn’t know,” he said.

Even with Cernekee gone, there are still right-wing provocateurs inside Google. And the pipeline of leaks from inside Google to far-right media outlets, and even Trump’s twitter feed, has continued.