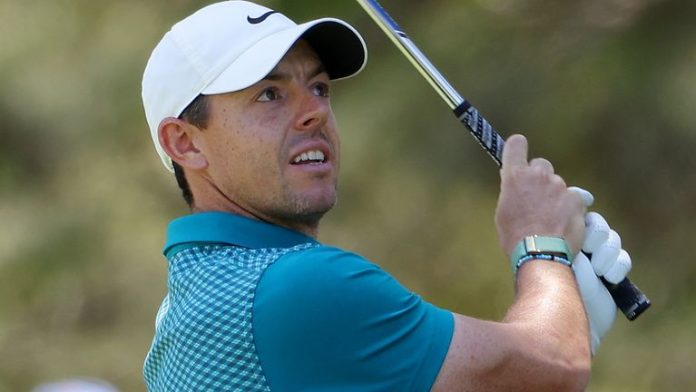 Rory McIlroy is defending his title in Maryland having impressed in the final round of the Masters last month; watch the Wells Fargo Championship live on Sky Sports, with Featured Groups coverage starting at 11.45am on Sky Sports Golf

Rory McIlroy says his final-round charge at the Masters has given him a confidence boost ahead of his return to action as the defending champion at the Wells Fargo Championship.

McIlroy capped a closing 64 at Augusta National in style when he holed out for birdie from a greenside bunker on the 18th hole to finish runner-up to Scottie Scheffler at the Masters.

The Northern Irishman, speaking to reporters at TPC Potomac at Avenel Farm on his 33rd birthday, said he does not feel any added pressure going into the next 10-week stretch in which three majors will be contested.

“If anything it gives me comfort knowing that my game is there. And no, not more expectation or pressure,” McIlroy said on Wednesday.

“That’s always been there, but I got a lot of confidence from that round on Sunday. I did a lot of great things. It’s something to definitely build on over the next few weeks.”

McIlroy, who has suffered plenty of heartache at Augusta National, began the final round 10 shots behind Scheffler but produced the only bogey-free round of the week and matched the lowest final-round score in Masters history to finish three strokes back.

The four-time major champion will look to carry that form into the Wells Fargo Championship, one of four PGA Tour events at which McIlroy has collected multiple victories (2010, 2015, 2021) and the only one he has won three or more times.

Traditionally played at Quail Hollow Club, the Wells Fargo Championship is being held at TPC Potomac at Avenel Farm this year to accommodate the 2022 Presidents Cup, which will be contested at Quail Hollow in September.

McIlroy, looking to become the first player to win an event back-to-back at two different courses since Brooks Koepka at the PGA Championship (2018, 2019), had never played the TPC Potomac layout until this week.

“You can’t really fake it around here,” said McIlroy, who played 18 holes on Tuesday and another nine on Wednesday.

“You’ve got to hit the ball really well, green complexes are tricky, pretty small targets, the rough maybe isn’t up as much as they usually have it here because of the time of year, but overall really solid test.”

Watch the Wells Fargo Championship throughout the week live on Sky Sports. Live coverage begins Thursday with Featured Groups from 11.45am on Sky Sports Golf.