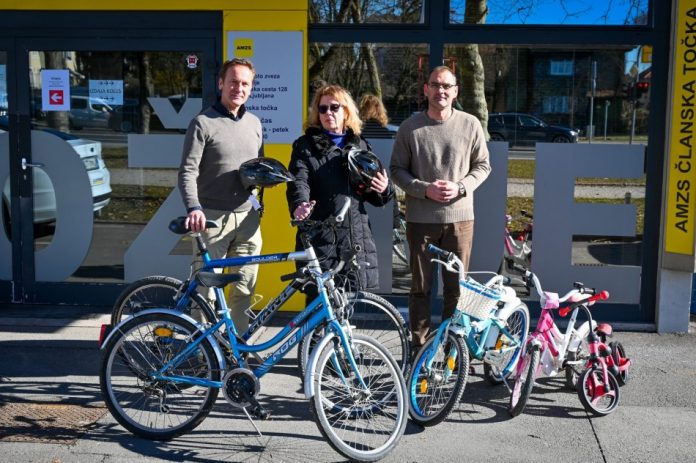 Last October, FIA Member Organisation Avto-Moto Zveza Slovenije (AMZS Slovenia) launched the ‘Bicycles for everyone!’ project, in cooperation with its Clubs across the country. The initiative aims at collecting used bicycles and distributing them to modest families who don’t have their own bikes.

Bicycles are one of the first means of transport for children to enter the world of mobility on their own. They also enable them to spend their free time actively while being able to socialise. Thus, it is very important that children from socially disadvantaged backgrounds are not deprived of such opportunities.

More than 300 bicycles have been collected so far by AMZS and its local Clubs. All bicycles that could be repaired with minimal investment – which was the case for most of them – were inspected and prepared for safe riding by bike shops. These bicycles found new owners with the help of the Association of Friends of Youth Ljubljana Moste-Polje, a highly-respected non-governmental organisation in Slovenia. Recipients of bicycles also received protective bike helmets, which were donated by the Butan plin company.

AMZS encouraged a large number of local Clubs throughout Slovenia to participate. Moreover, since the beginning of the project, the response of the media has been exceptional – both at the local and national level. With this project, AMZS not only communicates its socially responsible behaviour, but also has the opportunity to promote membership services. Last year, AMZS introduced roadside assistance for cyclists, and raised awareness of its transformation from an Automobile to a Mobility Club by providing basic services, such as roadside assistance to various road users.