Home Culture Lili Reinhart calls out celebs for ‘starving’ themselves 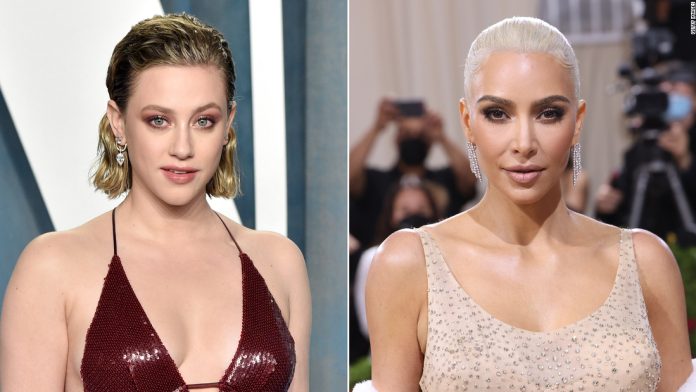 “To walk on a red carpet and do an interview where you say how starving you are…because you haven’t eaten carbs in the last month…all to fit in a f***ing dress?” Reinhart wrote on her Instagram Story. “So wrong. So f***ed on 100s of levels.”
“To openly admit to starving yourself for the sake of the Met Gala,” she went on to say. “When you know very well that millions of young men and women are looking up to you and listening to your every word. The ignorance is other-worldly and disgusting.”
While the “Riverdale” actress didn’t call out anyone by name, many thought she was referencing Kim Kardashian, who spoke about crash dieting for three weeks and losing 16 pounds to fit into the dress Marilyn Monroe wore when she sang “Happy Birthday” to then President John F. Kennedy in 1962.
“I would wear a sauna suit twice a day, run on the treadmill, completely cut out all sugar and all carbs, and just eat the cleanest veggies and protein,” Kardashian told Vogue. “I didn’t starve myself, but I was so strict.”
Reinhart, who is an advocate for body acceptance, didn’t hold back.
“Please stop supporting these stupid, harmful celebrities whose entire image revolves around their bodies,” she said. “I am not generally an angry person but I swear to god, the toxicity of this industry really gets to me sometimes and I have to do my little Instagram-Story rants to release my rage.”
CNN has reached out to reps for Kardashian for comment.

The real-life ‘Inventing Anna’ could be released from jail soon. She’s...

‘Werewolf by Night’ gives Marvel a chance to unleash its monster-ous...

Stabbed in the head and shot twice – Thailand survivor’s mum...