Home Culture Amber Heard breaks down in tears as she gives graphic account of... 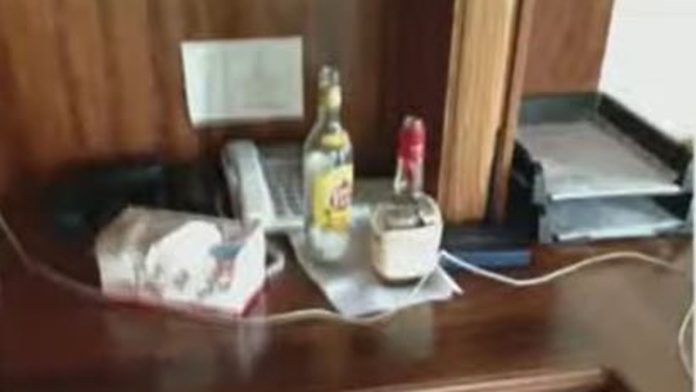 Actress Amber Heard broke down on the stand as she recounted a trip to Australia in 2015 that resulted in three days of alleged extreme violence and abuse at the hands of her former husband, Johnny Depp.

On the 15th day of the multimillion-dollar libel trial brought against her by Depp, Heard detailed alleged sexual and physical abuse she claims she suffered during her relationship with the Pirates of the Caribbean star.

Heard, on the stand for a second day, became increasingly distressed – at one point saying “I don’t want to do this anymore” and “I can’t believe I’m having to do this” – when she told the Virginia court how Depp threw her to the ground and penetrated her with a bottle.

“I kept thinking, I hope it’s not broken,” she said, in reference to the item inside her. She said the actor “had the bottle inside of me and was shoving [it] inside of me over and over again”.

Sobbing, Heard continued: “I convinced myself that the bottle wasn’t broken or it would be a lot worse.”

She added the “heartbreak” hurt the most, because “we’d just got married”.

Day 15: Heard back in the witness box – live updates

Depp, 58, is suing Heard, 36, for $50m, claiming she defamed him in a 2018 article she wrote for the Washington Post in which she said she was a victim of domestic abuse.

He alleges he was the victim and has lost millions of dollars in work and been exiled from Hollywood as a result of her claims.

Heard is countersuing him for $100m, saying the actor smeared her by calling her a liar.

Although the actor refused to look at Heard throughout most of her time on the stand, during this part of her testimony he appeared to be listening intently and removed his glasses during Heard’s last graphic description.

It was during this infamous Australia trip that the tip of Depp’s finger became severed – something both sides agree on, although Depp maintains she threw a bottle at him and cut it off – and he used the injured digit to scrawl demeaning graffiti about Heard in blood and paint on a mirror and lampshades.

Pictures of various paintings were shown to the jury, which Depp has allegedly defaced in a rage.

What does Johnny Depp say happened?
Actor says he is the victim and Heard a ‘spoilt child’
Depp says Heard hit him with ‘roundhouse punch’
Court shown photos of Depp with cuts on his face

The key moments from Heard’s testimony on Thursday, the 15th day of the trial:

• Heard said she began “negotiating” her career with Depp and stopped taking on jobs with romantic scenes and eventually only took on parts that required “minimal make-up”
• Depp allegedly sent threatening texts to Heard telling her “don’t test me”
• While filming in London, Depp would go on drink binges and miss work – including one incident where he had to be carried home “like a baby” by his security
• Heard said joining Depp on a detox on his private island was a “phenomenally dumb idea” as he accused her of having a man in the house and slapped her while crying
• Heard was accused of having an affair with Danish Girl co-star Eddie Redmayne
• Depp said he would “carve up my face” while holding a broken bottle, said Heard
• She found her nightgown, a wedding present, shredded and wrapped around pieces of raw meat during Australia incident

Depp refused to sign prenup and fired her lawyer

Depp apparently refused to sign a prenup with his then-fiancee ahead of their 2015 wedding, reportedly telling her: “The only way out of this is death.”

Heard told the court in Fairfax, Virginia, that she felt “like the luckiest woman alive” after the actor proposed, presenting her with a “massive diamond” ring.

She began to think about a pre-nuptial agreement, however, Heard said Depp was strongly against the idea.

“He told me, ‘the only way out of this is death’,” the actress told the court.

After the couple married, and when she tried to arrange a post-nuptial agreement, Depp rang Heard’s lawyer and screamed at the legal representative before firing her, the Aquaman actress said.

The court was also shown images of Depp, allegedly taken after he went on various drug binges, including one “three-day bender”.

Heard later testified that Depp’s drug addiction was “maintained” with prescription pills while he finished filming Black Mass in 2015, before he went to detox on his private island.

Read more:
Why are Depp and Heard in court?
Graphic texts and photos written in blood

‘Nothing would make him stop hitting me’

Heard began Thursday’s testimony by describing a press trip to Tokyo, where she claims Depp called her a “nagging b****”.

She said it was shortly after she met Depp’s children, Lily-Rose and Jack.

The couple had a loud argument in their hotel room during the tour, which she was very concerned about as it was in the room next to the children.

During this time he called her a “nagging b****”, and other “awful things” which she did not tell the court, adding: “I don’t think they need to be repeated here.”

Later, Heard said she was “so ashamed” of the names the couple would scream at each other: “It was so awful.

“It felt like nothing I could do… would make him stop hitting me.”

On Wednesday, the actress choked back tears as she told the court about the first time Depp slapped her and said she knew she should leave him then, but she couldn’t bring herself to do it.