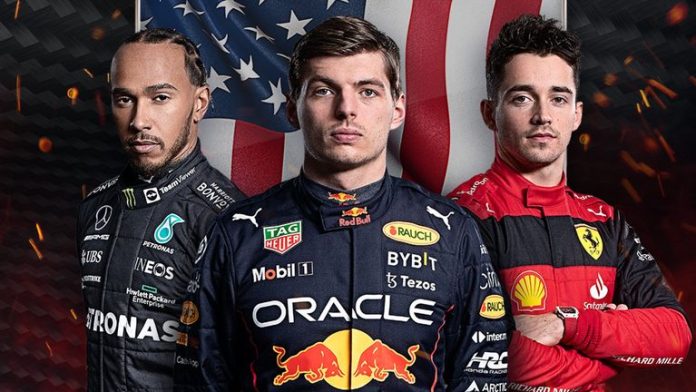 Watch the whole Miami Grand Prix weekend live on Sky Sports F1 as Mercedes aim for car improvements after a tough start to Formula 1 2022; Miami track action starts with Practice One on Friday at 7.30pm

Martin Brundle insists it is “utter nonsense” to question Lewis Hamilton’s future amid Mercedes’ troubles, and says the world champions are set for a “critical” few races as they desperately try to salvage their season.

Hamilton, F1’s most successful driver and winner of six of the sport’s last eight titles, has endured his worst start to a season in over a decade with Mercedes having slipped from a dominant team to the third-fastest ahead of this weekend’s Miami GP, where they are planning crucial upgrades.

While Hamilton has two years left on his Mercedes contract, the difficult start to 2022 has led to questions about motivation and even jibes about retirement, which Hamilton hit back at on social media last week.

Brundle, too, believes Hamilton has plenty more in the tank.

“All of a sudden, he’s fed up, he’s had enough, he should retire,” Brundle told Sky Sports News on Sunday. “That’s just utter nonsense. His car’s not working… let’s hope Mercedes can get the car working sooner or later.”

“It’s only a few months ago that we were wondering whether the Brazilian GP weekend was Lewis’ greatest-ever drive.

“We can’t go from the revelation of Brazil to: He’s a busted flush, he should stop. That’s just silly talk.

“I loved his line – ‘it’s my masterpiece and I’ll decide when it’s finished’ – I thought it was genius. I think that summed it up perfectly. He can call the shots.”

“Nobody can take the legend status anymore and we are here to provide him with a machine that is capable to win him his eighth title, whether it is this year or the next.”

There has also been plenty of paddock support, with fellow Briton Lando Norris insisting Hamilton, 37, is not on the way out.

“I don’t believe he is because he is too talented and has too much skill,” said Norris.

Mercedes’ W13 car has been the issue rather than Hamilton this season, says Brundle – although he also does admit that the seven-time world champion’s new team-mate George Russell is “handling a bad car better”.

Russell is three places and 21 points ahead of Hamilton in the championship.

“I think George is handling a bad car better than Lewis is,” said Brundle.

“George has still got all the motivation and the enthusiasm, and he has had three years of manhandling a Williams around, getting better results than it perhaps should have done.

“He’s doing a fine job and I think he’s very special. I’m not at all surprised he’s at least matching Lewis, that’s exactly what I expected him to do.”

Mercedes, meanwhile, are set for a huge Miami GP weekend as they debut car updates – called “experiments” by Wolff- that they hope will finally improve their W13 car.

The Silver Arrows, severely struggling with ‘porpoising’ with their car, have been around 1s-per-lap slower than Ferrari and Red Bull so far this season.

“There’s a lot of time to be found if they can find the solution,” stated Brundle.

Brundle also believes that if the upgrade package doesn’t work, it may be time for Mercedes to consider a complete rethink.

“There must be a point coming soon where they have to accept that this car and concept doesn’t work and have a redesign for the second half of the season,” he said.

“In which case, what are you going to do? I can’t imagine the team want to copy somebody else’s concept.

“With cost-cap, and a 23-race season, it’s a really difficult situation Mercedes find themselves in.

“The next race or two, starting here, is critical for them solving the problem. Can they understand it? Can they fix it?

“If they get the potential out of the car, I think they’ll quickly be back in the game.”

The Formula 1 2022 season continues with the inaugural Miami Grand Prix this weekend, all live on Sky Sports F1. A trip Stateside means later starts, and the race starts at 8.30pm on Sunday night.