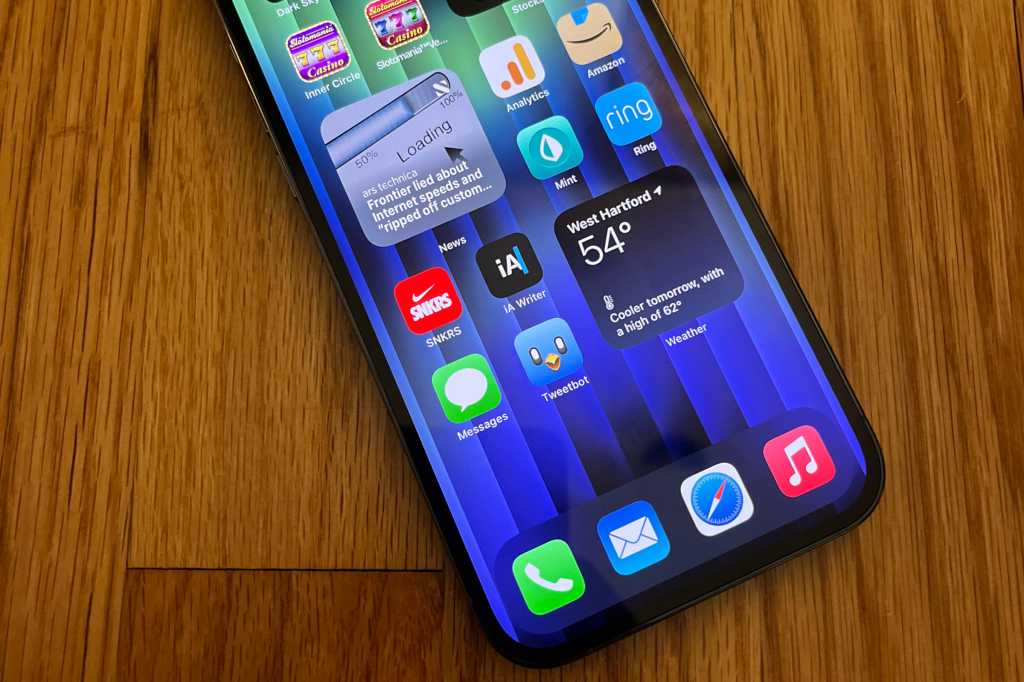 File this one under “O” for odd: Due to either a bug or an overzealous engineer, Apple Music is replacing Spotify and other apps in the iPhone dock, whether you choose to put it there or not.

According to numerous reports, the iOS 15.4.1 issue is easy to replicate: When you download Apple Music onto your iPhone from the App Store, it automatically replaces one of the apps that are already in the dock, including Spotify, Twitter, and Safari. As first spotted by Kevin Archer on Twitter, the bug appears to primarily target third-party music apps.

There are also reports that Apple Music is taking over as the default music app, but that’s a more difficult bug to quantify since Apple doesn’t actually let users manually select default apps. Siri is supposed to ask if you want to select a default app after the first few musical requests but that’s somewhat random.

Apple reports that it is aware of the issue and working on a fix, and it’s hard to believe this was purposeful. Apple is fighting several regulatory battles over the preferential treatment of its own apps, and this action would be a bold gambit that basically undermines the whole App Store argument.

The bug only affects placement of the app in the dock and doesn’t delete or disable any other music services on the phone. Still, it’s a weird and concerning bug that Apple will likely address quickly, possible in iOS 15.5 or even sooner with an iOS 15.4.2 update.