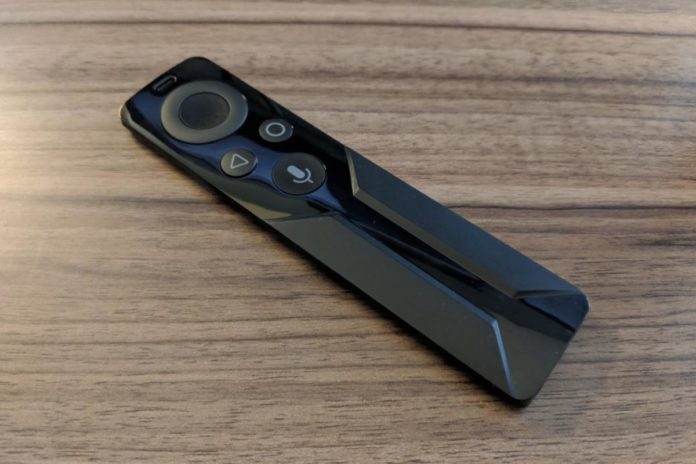 The Nvidia Shield TV occupies a special place among streaming TV players. It’s by far the best Android TV box you can buy today, and it’s one of the only streaming devices that doesn’t sacrifice speed to hit a low price. (The other is the Apple TV 4K.)

Still, the current Nvidia Shield TV is more than two years old, and it has the same processor and performance as the original 2015 version. An upgrade is overdue, which may explain why new Shield TV hardware—including both a refreshed streaming box and a possible Shield dongle—recently appeared in FCC filings.

Fix the darned remote: The Shield TV remote is among the worst you’ll find on a streaming player today, with an awkward swipe-based volume control strip and a directional pad that serves double-duty for playback controls. The next Shield should have real buttons for TV volume, power, pause, rewind, fast forward, and maybe even mute. While we’re at it, make the remote heftier so it’s not as easily lost between the couch cushions, or make like the Roku Ultra and include a remote finder function.

Broader HDR support: While the original Nvidia Shield TV was the first streaming box to support 4K video, it’s since fallen behind newer devices on HDR, which makes images pop by increasing the contrast between light and dark areas of scenes. Instead of just supporting the baseline HDR10 format, let’s see the next Shield work with Dolby Vision and HDR10+, which can optimize a video’s colors on a scene-by-scene basis. Rendering menus in HDR and providing an option to upscale non-HDR content would be nice touches as well.

More storage: If Nvidia is still serious about selling the Shield TV as a gaming machine, it needs a lot more onboard storage than the paltry 16GB built into the current model. Matching the Apple TV 4K’s high-end model at 64GB should be the minimum for the new Shield TV box, especially if Nvidia plans to sell a lower-cost streaming dongle alongside it. Bringing back the original Shield’s MicroSD card slot would also be helpful.

More USB ports (or an approved hub): One of the neatest things about the Nvidia Shield TV is its support for accessories, including external hard drives, TV tuners, smart-home hubs, and wired game controllers. But if you really want to take advantage of those features, two USB ports isn’t enough. If Nvidia isn’t willing to cram more ports into the box itself, it should at least put its seal of approval on some USB hubs that can handle extra accessories without issue.

A customizable game row: While the Shield TV’s update to Android Oreo last year made content easier to discover from the home screen, it also made gaming harder to access by removing the menu section for recently played games. A space on the home screen where users could launch their favorite or most recent games would help re-establish the Shield TV’s gaming chops.

Atmos for Netflix: The Nvidia Shield TV is technically capable of supporting Dolby Atmos for object-based soundtracks, and it already does with some apps including Amazon Prime Video and Vudu. It’s unclear why Atmos support doesn’t extend to Netflix, as it does on the rival Apple TV 4K, but hopefully the next Shield will change that.

Preserve the ad-free home screen: Back in April, some Sony television owners were unpleasantly surprised to find a non-removable row of sponsored content on their Android TV home screens. Google said at the time that the sponsored row was just a pilot program, but also defended it as a way to “provide consumers with relevant content.” Regardless, let’s hope the Shield TV steers clear, and remains one of rare streaming boxes that isn’t larded up with display advertising.

A fix for Google Photos: As a device with Chromecast built in, the Nvidia Shield TV should theoretically be able to display personal Google Photos albums as screensavers. Sadly, this has never worked properly on the Shield for reasons unclear. An Nvidia spokesman told me in January that proper Google Photos support was coming, but I haven’t heard anything since.

A classier design: Nvidia doesn’t need to reinvent the wheel here, but the bright green LED that bolts across the top of the box is a tad extreme for most living rooms. A toned-down version would look better out in the open.

An actually cheap Android TV dongle: While we know little about the supposed streaming-dongle version of the Shield TV that passed through the FCC a couple weeks ago, hopefully the price will be competitive with other 4K HDR streaming sticks, such as the Amazon Fire TV Stick 4K ($35) and the Roku Streaming Stick+ ($60). A sub-$70 device that offered Google Assistant voice controls, Chromecast capabilities, a speedy interface, and decent gaming chops would be more compelling than any Android TV device we’ve seen to date. It would also allow a higher-end Shield TV box to focus more on power-user features such as over-the-air DVR, gaming, and media server applications. Anything pricier would occupy a muddy middle ground that ends up serving no one.