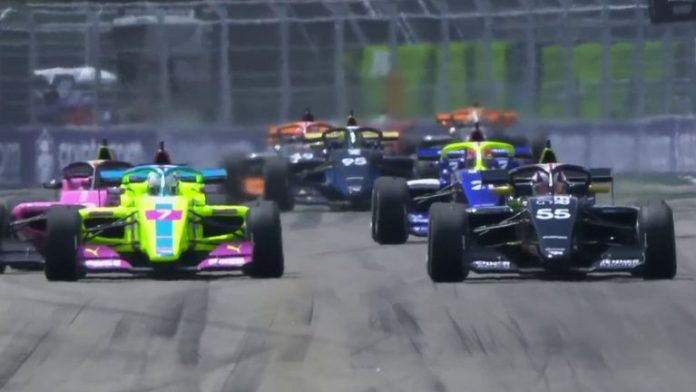 In an incident-packed first race of the all-female racing series’ 2022 campaign, Kimilainen’s race then went from bad to worse as she collided with Marta Garcia – capping a fine Saturday for Chadwick, who had another of her expected title rivals Alice Powell crash out on the first lap.

Finland’s Kimilainen had overtaken Chadwick, who has won both W Series championships, with a lunging move into Turn 17 but after a second Safety Car, the British driver got her own back into the first corner on the one final racing lap.

Trying to regain second, Kimilainen then crashed after attempting a move around the outside of Garcia, who clipped the Puma car. Garcia eventually finished second, with Jessica Hawkins third.

The race – the first of two around the new Miami Gardens street track with W Series sharing the billing with F1 – also started with drama as pole-sitter Nerea Marti failed to get off the line cleanly, eventually finishing eighth.

But her start was nothing compared to Powell’s, who was second to Chadwick in last year’s title race.

Powell stalled on the line and then hit the wall at Turn 7, causing a Safety Car and then a red flag to halt the 30-minute race.

The second Safety Car was caused by a crash between Fabienne Wohlwend and Abbie Eaton.