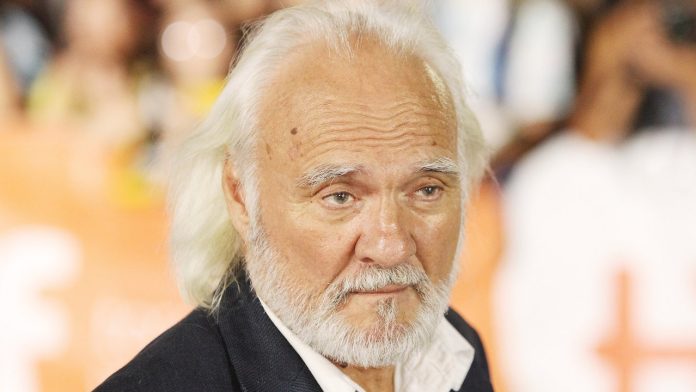 Canadian actor Kenneth Welsh—best known for his portrayal of the villain Windom Earle in David Lynch’s Twin Peaks—has died. Welsh’s son, the musician and former Majical Cloudz member Devon Welsh, revealed the news on social media yesterday (May 7). “My dad passed away on Thursday peacefully at home,” Welsh wrote on Twitter. “I will always love him beyond words. He lived a wonderful life, he was the best father I could have asked for, and he touched so many lives.” Kenneth Welsh was 80 years old.

Kenneth Welsh was born on March 30, 1942 in Edmonton, Alberta. He relocated to Montreal years later to study acting at the National Theatre School. His earliest work was with Ontario’s prestigious Stratford Festival, where he performed the plays of Shakespeare. Welsh worked primarily in Canada for many years, appearing on several television shows for the CBC. In 1988, he starred in an episode of The Twilight Zone, and snagged a small role in Crocodile Dundee II as Brannigan.

From 1990 to 1991, Welsh starred in season two of Twin Peaks. For 10 episodes, Welsh portrayed the wild-eyed Windom Earle—the former partner and mentor to FBI special agent Dale Cooper (Kyle MacLachlan), who is obsessed with the evil power of the Black Lodge. Welsh’s portrayal of the eloquent, erudite villain was inspired and darkly humorous; following the show’s finale, Welsh would go on to star in a number of popular series such as The X-Files, Law & Order, The Outer Limits, Smallville, and Star Trek: Discovery.

Welsh also had a fruitful film career, especially in the years following Twin Peaks. He portrayed the father of Katharine Hepburn (played by Cate Blanchett) in Martin Scorsese’s Howard Hughes biopic The Aviator, and starred in the natural disaster blockbuster The Day After Tomorrow, The Exorcism of Emily Rose, Fantastic Four: Rise of the Silver Surfer and more. Welsh was an extremely prolific actor, racking up over 200 screen credits in his decades-long career.

In 2013, Welsh starred in a music video for Majical Cloudz’s single “Childhood’s End.” In the announcement of his father’s death, Devon Welsh asked fans to “please make a toast, watch a film/TV show he was in, celebrate a giant of acting.”