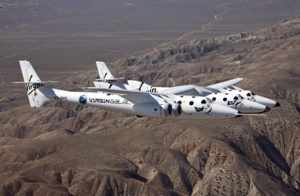 Following the recent news that Virgin Galactic is delaying its commercial spaceflight service to the Q1 2023;

Francesca Gregory, Analyst in the Thematic Team at GlobalData, a leading data and analytics company, offers her view:

“From the moment that Richard Branson flew his own spacecraft to the edge of space, it seemed that Virgin Galactic’s position as a leader in the space tourism industry was assured. However, there are fears that the company has lost momentum, with delays occurring to Virgin Galactic’s commercial spaceflight services. Worse still, it has bitten off more than it can chew.

“Virgin Galactic has been struggling to solve the rapid reusability problem, as it endeavors to cut the turnaround time of its spaceplane’s flights. Solving this conundrum will be critical to the long-term success of its sub-orbital tourism business. Although ticket sales remain strong, with a price tag of $450,000 per person, a hit with the billionare crowd was always the easy part. Virgin Galactic risks severely limiting its potential with the rest of the market.

“It is not just a case of bridging the gulf between a statement space flight and an economically viable space tourism business. Late last month, SpaceX and Axiom Space made history by undertaking the first all-private mission to the International Space Station (ISS). The 10-day trip was an example of the emerging space tourism experiences that could compete with Virgin Galactic’s business. If Virgin Galactic does manage to cut its turnaround time and work through the backlog of ticket h