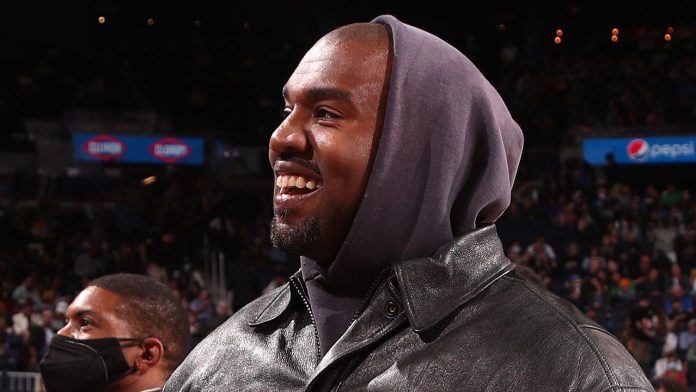 Kanye West has shared the latest music video from his Donda rollout. He has released a visual for his previously-leaked André 3000 collaboration “Life of the Party,” which appears on Donda (Deluxe). The new video includes deepfake performances from photos of West’s childhood, and it arrives in conjunction with the rapper’s Balenciaga-engineered Yeezy Gap collection; portions of Ye’s video also appeared in a TV commercial for the launch. The video does not include André 3000’s verse. Check it out below.

West first previewed “Life of the Party” during his Donda listening event in Las Vegas last year. Not long after, Drake played studio quality a snippet of the track in a guest mix for SiriusXM’s Sound 42. The song takes aim at Drake, specifically West’s lyric: “I put Virgil and Drake on the same text, and it wasn’t about the matching Arc’teryx or Kid Cudi dress.” He adds:“Just told these grown men stop it with the funny shit.” Later in the song, West allude to the pair’s then-scrapped plans to collaborate: “Thought we was the new Abu Dhabi/Told Drake don’t play with me on GD and he sent that message to everybody/So if I hit you with a ‘WYD,’ you better hit me with, ‘Yessir, I’m writing everything you need.’”

Following the leak, André 3000 released a statement claiming that he was unaware of West’s digs at Drake, as the diss verse was not on the track when he heard it initially. “The track I received and wrote to didn’t have the diss verse on it,” he said. “It’s unfortunate that it was released in this way and two artists that I love are going back and forth. I wanted to be on Certified Lover Boy too. I just want to work with people that inspire me. Hopefully I can work with Kendrick on his album. I’d love to work with Lil’ Baby, Tyler and Jay-Z. I respect them all.” André also stated that “Life of the Party” was dropped from the initial release of Donda due to West’s current stance against profanity.

Drake and Kanye have subsequently squashed their beef; in November of last year, the pair hosted a benefit concert titled “Free Larry Hoover” in Los Angeles.

‘What happened in Pakistan will not stay in Pakistan,’ flood-ravaged country...