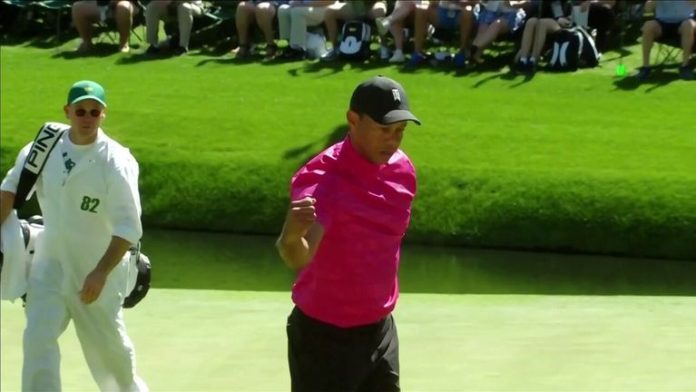 Tiger Woods and defending champion Phil Mickelson will compete in next week’s PGA Championship, with both confirmed among the playing field announced on Monday.

Mickelson announced in February he was taking a break from golf after inflammatory comments he made about the Saudi-backed golf league surfaced while Woods has competed just once, at last month’s Masters, since being involved in a car crash in February 2021.

Woods, who nearly lost his right leg in the accident, opened with an encouraging one-under-par 71 at Augusta National but went on to finish 13 over for the week and in 47th place.

He and Mickelson are among 17 PGA champions in the field for the year’s second major, which will be played May 19-22 at Southern Hills Country Club in Tulsa, Oklahoma. The final spot is being held for the winner of the AT&T Byron Nelson, which begins on Thursday.

Woods has already said he plans to play The Open at St. Andrews in July, while the 15-time major champion played a practice round at Southern Hills last month.

The last time the PGA Championship was held at the venue, Woods triumphed by two shots to win the event for the fourth time – although the course layout has since undergone a dramatic renovation.

After his final round at Augusta, Woods said: “I don’t quite have the endurance I would like to have had, but as of a few weeks ago, didn’t even know if I was going to play in this event.

“To go from that to here, we’re excited about the prospects of the future, about training, about getting into that gym and doing some other stuff to get my leg stronger, which we haven’t been able to do because it needed more time to heal.

“I think it needs a couple more days to heal after this, but we’ll get back after it, and we’ll get into it.”