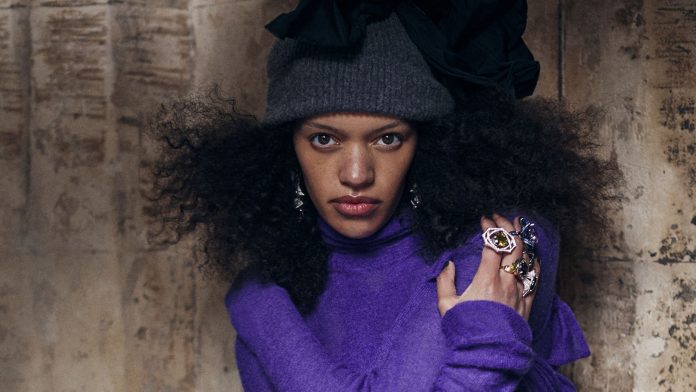 Victoria Beckham, Richard Quinn and Sarah Burton for Alexander McQueen are among the designers to create an array of new looks inspired by the Queen, to mark her Platinum Jubilee.

To celebrate 70 years of the Queen’s reign, Harper’s Bazaar held a fashion shoot in the historic setting of the Tower of London.

Ms Beckham, 48, told the magazine: “For this historic shoot, we wanted to honour Her Majesty with a traditionally regal colour, so I reimagined an autumn/winter ’22 runway look in a rich purple shade.

“A sequinned dress forms the base of the outfit, sitting underneath a delicate, fine knit that is wrapped around the body, distorting the shine of the sequins to give a truly refined aesthetic, fit for a Queen.”

Ms Quinn, 32, said: “The Queen once wore an amazing matching hat and coat in acid green, with patent black shoes – to me, that’s daring and subversive.

“So I wanted this Tudor mini-dress at the Tower of London. It’s a play on the royal look – crystals, silk duchesse satin, a little crinoline and then a bit of latex.”

In 2018, the Queen attended Ms Quinn’s show at London Fashion Week, where she sat alongside American Vogue editor Anna Wintour.

Ms Burton spoke about the inspiration for her creation for the Jubilee shoot.

The 48-year-old said: “The red rose is quintessentially feminine and timelessly beautiful – a symbol of romance, passion and love.

“It is also resilient and strong; there is a power and a dignity to this queen of flowers.”

Read more:
Where the senior royals will be for the four-day celebrations is revealed
Prince Harry and Meghan to join Queen’s Jubilee celebrations with both their children