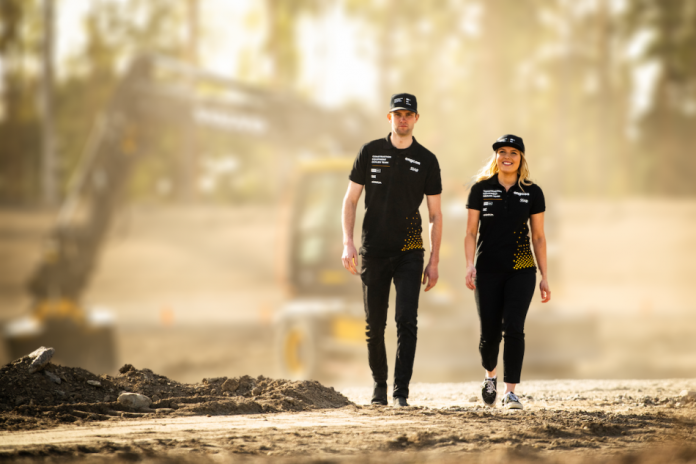 A new name on the grid, CE Dealer Team confirmed its participation last week, with a multi-year commitment to the championship and a pledge to prioritise sustainability, diversity and inclusivity alongside sporting success.

The Swedish squad has duly confirmed Andersson and Grönholm – with the former becoming the first permanent female competitor since the World Championship’s inception eight years ago.

The younger sister of Euro RX TouringCar event-winner Magda Andersson, Klara made her rallycross debut in 2018 and defeated no fewer than 55 male rivals to clinch the Swedish Rallycross Championship’s 2150 class crown in 2021. The Sweden Junior National Team member went on to contest two rounds of the inaugural FIA RX2e Championship, impressing with a fourth-place finish first time out at Spa-Francorchamps.

Despite being only 25, Grönholm – son of two-time FIA World Rally Champion Marcus Grönholm – is one of the most accomplished drivers in World RX, with more than 60 starts and six victories, three of which came last year. In 2019, the Finn fell just 25 points short of the title despite missing two rounds due to appendicitis, as he achieved the highest points-per-event tally in the field. He concluded the 2021 season a career-best third.

The 2022 World RX campaign will begin with an official launch at Swedish circuit Höljes on 2-3 July, followed by rounds at Germany’s Nürburgring, Hell in Norway, Rīga’s Biķernieku trase in Latvia, Montalegre in Portugal, Belgium’s Circuit de Spa-Francorchamps and a yet-to-be-confirmed season finale.

“I have an unconditional love for rallycross; it’s so intense and unpredictable, and I can’t wait to get behind the wheel for pre-season testing. While I have rallycross experience, World RX and the awesome 500kW(680bhp) electric beasts that we will race are new to me and none of us are expecting to get anything for free – we have plenty of hard work ahead of us to establish ourselves at the top.”

Niclas Grönholm, Driver, CE Dealer Team, said: “I am honoured and extremely inspired by getting this opportunity with CE Dealer Team, and I think we have strong conditions to fight for the very top. I’m delighted to race together with Klara, and I’m really pumped to begin this new and groundbreaking journey together.”

Jussi Pinomäki, Team Manager, CE Dealer Team, said: “CE Dealer Team and its partners strive for gender equality, and our programme is a key part in driving this shift via Klara and Niclas. They complement each other well in terms of raw talent and experience, and we are confident we have a robust set-up that will enable our long-term goal of fighting for the FIA World Rallycross Championship titles.”