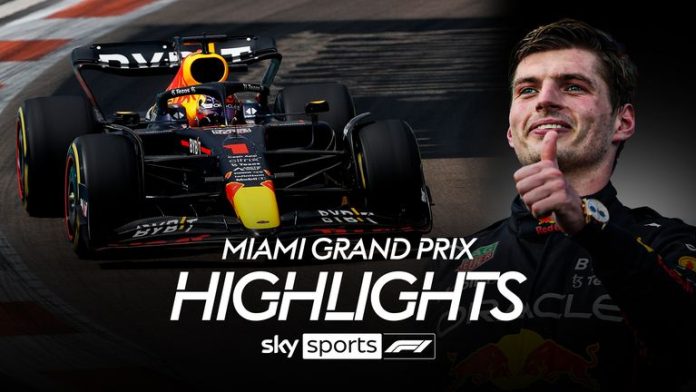 It’s a long time since I’ve seen these super-fit and perfectly prepared F1 drivers look so battered after a 94-minute race.

I know that horrible post-race feeling well, where your core is so hot and continues to well up, you’re missing a lot of fluid, and every organ, muscle, and tendon is complaining heavily in its demand for essential ingredients.

You just can’t get away from your own body as the pain builds and the adrenaline fades. I felt for Max Verstappen sitting on the buggy post-race with the camera zoomed in, I’m sure he just wanted to lie down, roll around, and groan a bit.

Occasionally after two hours in the humidity of Singapore they look pretty wrecked, but the grip level of the track and low degradation tyres, and therefore the relentless pace, was tough. There’s always an airless nature racing against the walls of a street circuit, and inside the cockpit can be 50+ degrees as the aerodynamicists never want to waste much air and drag on the driver, who are then wrapped in multiple layers of clothing, gloves, helmets, boots, balaclava.

The FIA has insisted recently drivers wear no jewellery or watches, and do wear fireproof underpants, or no underpants just fireproof leggings, which presumably they consider ‘low hanging fruit’ in the search for incremental safety. Frankly, if your underpants are on fire you’ve got much bigger issues, and when you step over the side of these cars you’ve mentally already done a great deal of management as to how much risk you’re prepared to take.

I believe a lot of the clumsy contact we saw towards the end of the race was due to overheating drivers, which can make you feel light-headed and your judgement fades a little.

I think the Miami event team and F1 did a really great job with the track especially given the confines and a rather dull canvas of a car park to work with. Other than a big championship showdown race I’ve never experienced so much hype and excitement around a Grand Prix.

The track surface was taking a pounding and despite turn 17 looking like a patchwork quilt thankfully, along with copious sweeping, it stood up to the tractive forces of 20 modern day F1 cars.

Lewis Hamilton and others felt the tight chicane at T14/15 was too much but televisually I liked it, and it was a differentiator for car and driver.

Without doubt the outside wall at T11 needs considerably more protection as Esteban Ocon and Carlos Sainz found out to their and their team’s cost.

I never really understand how those problems materialise, as a driver you can walk, cycle, or scooter round a track once and immediately see the problem areas as if they have flashing red lights on them.

Once again Charles Leclerc and his Ferrari were the fastest combo on the track to secure pole position, but also once again Ferrari had no answer to Red Bull’s prodigious straight-line speed with or without the DRS rear wing open. Unless they fix that with less high-speed drag then these will be Red Bull’s world championships.

It was another very impressive and mature drive from both Verstappen and Leclerc, but the Ferrari drivers simply can’t breeze back past any more like Leclerc did to Verstappen in Bahrain. This gives Max and team-mate Sergio Perez the comfort zone of looking after their tyres and playing the longer game knowing they can pounce down a relatively risk-free straight later on.

Carlos Sainz had a very important weekend for his confidence as the Ferrari pair were on the podium together for the third time in five races so far this season. He hadn’t completed a lap in the previous two races and had another sizeable shunt in practice. He kept his head and did well to hold off Perez who was on fresh medium compound tyres albeit carrying an engine gremlin.

Ferrari must surely wish they had pitted at least one of their cars under the inevitable VSC and full safety car on lap 40 when a limping Pierre Gasly came together with a passing Lando Norris in a relatively narrow part of the track. Verstappen had just passed the line when the Virtual Safety Car was declared.

Lando’s shunt rather summed up McLaren’s weekend in Miami where they were nowhere near as strong as in Imola last time out. With Norris out and Daniel Ricciardo a penalised and distant 13th, it was a race to forget for them.

Mercedes’ ‘most concerning weekend’ so far?

Mercedes were once again the third-best team but in many ways I think it was their most concerning weekend given that George Russell was fastest on Friday and struggled for pace thereafter and the team simply didn’t know why. They’ve talked about ‘diva’ cars before but this one is just a plain mystery with a knife-edge window of set-up. There’s a good car in there somewhere, it’s just so well hidden.

It’s easy to say Russell got lucky with the safety car but he had to manage the hard compound tyres from the start, keep his head when going further backwards a little, build the long-run pace as others started to fade, and then call the shots from the cockpit about staying out and hoping for a safety car. You make your own luck sometimes.

Lewis wasn’t lucky with the safety car again and on his side of the garage there was indecision rather than the usual masterly strategy we’ve become used to these past few years. It’s a tough time and eager George, with most of his career still ahead of him, is coping better with the situation than Lewis judging by radio transmissions. If the car was a match for Ferrari and Red Bull you could reasonably argue that Mercedes have the best driver combination on the grid.

Fernando Alonso had an angry and clumsy race to forget, making contact on a couple of occasions and taking penalties for both that and cutting the track to finish out of the points. He’s carrying a lot of frustration as this season unfolds with solid speed but only two points alongside his name from the first race of the season.

This allowed the excellent Alex Albon into ninth and two points for Williams, and the Pitlane starting Lance Stroll a well-deserved point for Aston Martin. They were both driving well all weekend.

As was Mick Schumacher for Haas until he slammed into the side of his mentor Sebastian Vettel. I bet that was an uncomfortable conversation post-race.

Esteban Ocon came from the back in a newly created car to finish an impressive eighth for Alpine. Along with the Aston Martins, he’s a good reminder that, with the easier to follow 2022 cars and copious DRS zones, with some decent strategy and pit stops, along with patience, you can score points from anywhere on the grid or even the Pitlane.

The grid was incredibly busy pre-race too, and my sincere apologies to Patrick Mahomes and Paolo Banchero for the confusion.