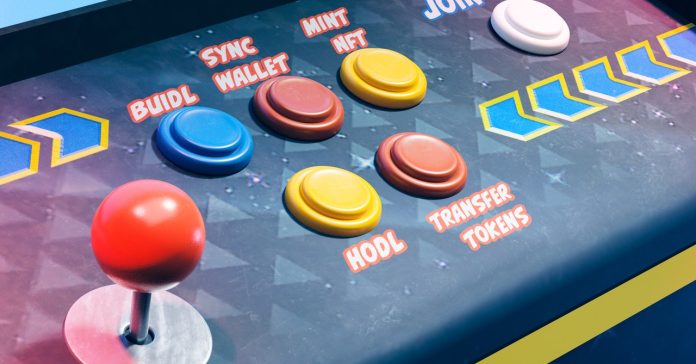 Owocki was something of a rock star at the conference. He is credited with coining the term BUIDL in 2017. Admirers approached him nonstop to talk, express their support, or ask for a copy of his book, GreenPilled: How Crypto Can Regenerate the World, which was the talk of the conference and quickly sold out of the 400 copies he had ordered. Owocki is about as far from a casino person as you’ll find in the crypto world. In one of several presentations he gave, Owocki told the crowd that since research shows money stops increasing happiness after about $100,000 in annual income, Web3 founders should maximize their happiness by giving their excess money to public goods that everyone gets to enjoy. “There’s cypherpunk, which is all about privacy, decentralization: hardcore libertarian shit,” he told me. “I’m more of a leftist. I’m more solarpunk, which is, how do we solve our contemporary problems around sustainability and equitable economic systems? It’s a different set of values.”

The internet, he explained, made it possible to move information between computers. This revolutionized communication. Blockchains have made it possible to move units of value between computers. Owocki believes this can be harnessed to revolutionize how human beings interact through something he calls “regenerative cryptoeconomics.” Crypto­economics, he writes in GreenPilled, “is the use of blockchain-based incentives to design new kinds of systems, applications, or networks.” Regenerative cryptoeconomics means doing this in a way that makes the world a better place for everyone. The goal is to break free from the zero-sum, rich-get-richer patterns of capitalism. Owocki believes that the right cryptoeconomic structure can help solve collective action problems like climate change, misinformation, and an underfunded digital infrastructure.

The key tool for achieving this is a decentralized autonomous organization. In theory, a DAO (yes, pronounced the same as the ancient Chinese word for the way of the universe) uses crypto­currency to boost collective action. Typically, members join by buying some amount of a custom token issued by the DAO. That entitles them to an ownership stake in the DAO itself. Member-owners vote on what the DAO does—which is mostly to say, what it spends money on, since a blockchain-based entity can do little besides move funds from one address to another.

The young concept already has a checkered history. The first DAO, named simply “The DAO,” collapsed in 2016 after someone exploited a loophole in its code to siphon off what was then worth some $50 million in Ethereum currency. Similarly colorful failures have followed. DAOs were nonetheless all the rage at ETHDenver, where attendees waxed on about their world-changing potential. Kimbal Musk, Elon’s photogenic brother, spoke about his Big Green DAO, a food-related charity. Giving away money via a DAO, he insisted, got rid of all the painful bureaucracy of philanthropic nonprofits. “It’s way better,” he said, though he also granted that “there are many ways to fail, and this one could fail spectacularly.”

What is it about a DAO that—unlike, say, a Kickstarter page—frees humanity from the collective action problems that threaten to doom the species? According to Owocki, it’s the ability to write code in ways that tinker with incentive structures. (In this sense, the first DAO was arguably Bitcoin itself.) “Our weapon of choice is novel mechanism designs, based upon sound game theory, deployed to decentralized blockchain networks as transparent open source code,” he writes in GreenPilled. Indeed, the book has very little to say about technology, per se, and much more to say about various game theory concepts. These range from the sort of thing you’d learn in an undergrad econ class—“public goods are non-­excludable and non-rivalrous”—to things that wouldn’t be out of place in a sci-fi novel: “community inclusion currencies,” “fractal DAO protocols,” “retroactive public goods funding.”

It’s hard enough for me to grasp how a DAO works. So while I’m in Denver, I create one.

One of the most powerful incentive design techniques, according to Owocki, is something called quadratic voting. Standing near the edge of the Shill Zone, Owocki turned around to show me the back of his purple baseball jacket, which said “Quadratic Lands.” The Quadratic Lands, Owocki explained, are a mythical place where the laws of economics have been redesigned to produce public goods. “It’s just a meme,” he said. “I don’t want to tell you it already exists.” (Everyone at ETHDenver was concerned, rightly, about my ability to separate metaphorical claims from literal ones.)

In a quadratic voting system, you get a budget to allocate among various options. Let’s say it’s dollars, though it could be any unit. The more dollars you allocate to a particular choice, the more your vote for it counts. But there’s an important caveat: Each marginal dollar you pledge to the same choice is worth less than the previous one. (Technically, the “cost” of your vote rises quadratically, rather than linearly.) This makes it harder for the richest people in a group to dominate the vote. GitCoin uses an adaptation, quadratic funding, to award money to Web3 projects. The number of people who contribute to a given project counts more than the amount they contribute. This rewards ideas supported by the most people rather than the wealthiest: regenerative cryptonomics in action.