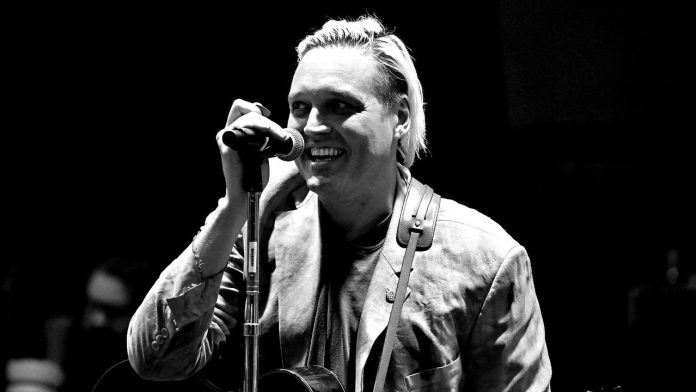 Arcade Fire were the latest guests on the BBC radio series Live Lounge. Alongside airings of WE tracks for BBC 6 Music, the group covered Harry Styles’ recent single “As It Was,” from the forthcoming Harry’s House, for BBC Radio 2. Win Butler sang lead, with Régine Chassagne stepping up for the bridge. Watch the cover below, and scroll down to see them do “The Lightning I, II” and “Age of Anxiety II (Rabbit Hole).”

Since releasing WE last week, Arcade Fire have set inflatables on the loose in the “Unconditional I (Lookout Kid)” video and on Saturday Night Live, and announced a massive tour including dates with Beck and Feist. Harry’s House is out next Friday, May 20.