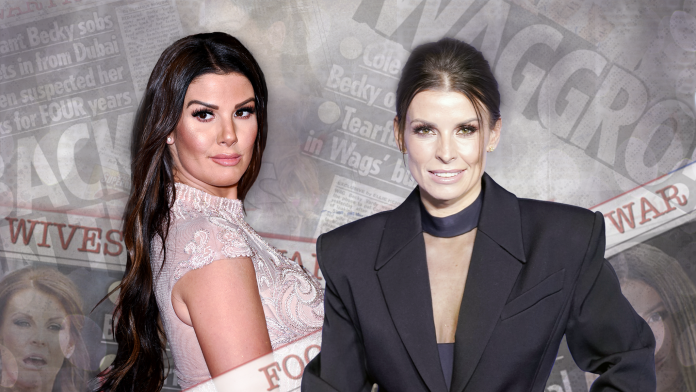 Peter Andre says he has been the “butt of all jokes” for 15 years as he hit back at Rebekah Vardy’s chipolata jibe.

During the ongoing court case, Mrs Vardy was asked about a 2004 kiss-and-tell interview, in which she described a sexual encounter with Andre, that carried the headline: “Peter’s hung like a small chipolata, shaved, slobbery, lasts five minutes.”

In an Instagram video, Andre, who was seen wearing a dressing gown, hit back at the jibe – and said there would be “absolute outrage” if the tables had been turned.

“Yes, now she has gone to court and admitted that the story was made up and she did that because her ex-husband forced her to do it, fair enough,” he said.

“But put that all aside and just think how that feels, if a man, or if I had said this about her anatomy, or a man said something about a woman’s anatomy, and made up something saying… I dunno, whatever, you can use your imagination, saying something very unflattering, there would be absolute outrage.

“But because it has been said about me it’s been the butt of all jokes, I’ve taken it for 15 years.”

Mrs Vardy claimed at the High Court this week she was forced by her ex-husband to do the interview and said it was something she “deeply regret[s]”.

She did not quite say in court that the story was “made up”, but rather said she was “forced into a situation by my ex-husband to do this [interview about Andre].”

She added: “It is something that I deeply regret… It is not nice to read and I understand why this is being used and to me this is mudslinging and I was also threatened with mudslinging by Mrs Rooney’s team.”

In the caption of the video Andre – who described himself as feeling “a bit vulnerable this morning” – apologised to his wife Emily and his children for having to “see and hear some not very nice things”.

He added: “It’s brought up again, the only one that sits there and takes hit after hit about it is me. I’ve been laughing about it for a while but think about how it would feel if it was the other way round, and that’s all I’m saying.

“Yes, we all know now it’s a made-up story, but it’s a little more serious than that.

“I think it’s not fair something like this can get brought up again and again and again – we talk about mental health, about being kind, and nothing seems to change, there you go.”

The high-profile libel battle comes after Mrs Rooney accused Mrs Vardy of leaking “false stories” about her private life to the media in October 2019.

She set up a “sting operation” on her Instagram to catch Mrs Vardy, leading her to be dubbed Wagatha Christie.

Mrs Vardy, who is married to Leicester City striker Jamie Vardy, denies leaking stories to the media and is suing the fellow footballer’s wife for libel.

Mrs Rooney’s lawyer, David Sherbourne, used the example of Andre to demonstrate that Mrs Vardy has form for giving stories to the press.

Mrs Rooney is defending the claim on the basis her accusation was “substantially true”.