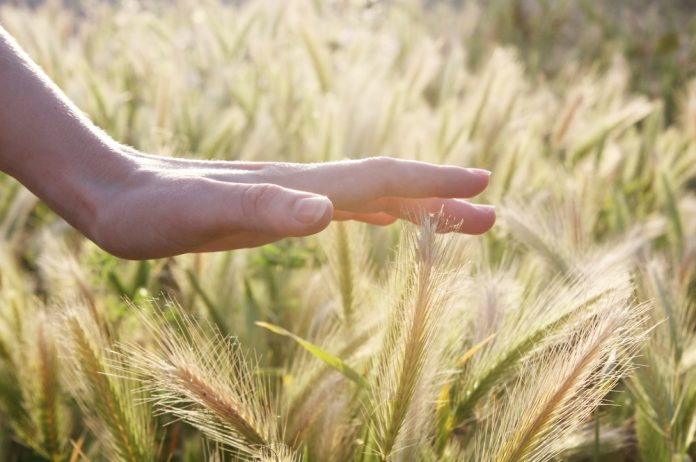 Researcher Ben Maoz was on a walk with hand surgeon Amir Arami when Maoz had an idea. He says that Arami, his friend and colleague, was lamenting that about half of his patients endure permanent loss of sensation after trauma to the nerves or skin of the hand. Maoz, a faculty member in the Department of Biomedical Engineering and the School of Neuroscience at Tel Aviv University, thought he could use his lab’s technology to develop a solution. “I said, ‘Okay, challenge accepted,’” Maoz says.

The result, published in the June 2021 issue of ACS Nano, could transform the lives of trauma patients around the world. In a proof-of-concept study, Maoz and his colleagues showed that a tiny, implanted sensor, fabricated from biocompatible materials, restored a sense of touch in the hind feet of rats — and suggest it could be used to help restore tactile sensation in patients who have suffered nerve damage .

The self-powered sensor, called an integrated tactile triboelectric nanogenerator (TENG-IT), uses friction to build a charge of static electricity between two plates about the size of a pencil top eraser. In humans, the sensor would be implanted under the skin, such as beneath a desensitized finger. Compressing the parallel plates — triggered by, say, that finger pressing down on a table — sends an electric shock to an implantable device called a cuff electrode that carries the signal to the nearest functioning nerve. The nerve transmits the impulse to the brain where it is interpreted as tactile pressure. The strength of the electrical signal correlates with the amount of pressure placed on the device, making it possible for the user to feel different levels of pressure.

Hossam Haick, a professor of nanotechnology and biomedical engineering at the Technion – Israel Institute of Technology who was not involved in the study, says that the scientists could apply the technology far beyond the realm of robotics, where most similar devices end up today. “He has done it for humans, and this is a big breakthrough.”

Nearly 3 percent of trauma patients suffer peripheral nerve damage, which can cause chronic pain, disability and loss of sensation in the body’s extremities. Loss of sensation increases the patients’ risk for burns and injury because they lack sensitivity to temperature, pain and pressure. Many people with peripheral nerve injuries report that the affliction significantly lowers their quality of life.

Although nerve repair procedures exist, many patients either do not have access to the specialized care they require, or fail to fully recover sensation after surgery. Even if surgeons restore movement in the hand or foot, a sense of touch might be permanently lost. “If we reconstruct tendons and motion but still have a problem with sensation, from a functional point of view [the patient] will be very limited,” says Arami, a hand and orthopedic surgeon who specializes in peripheral nerve surgery at the Sheba Medical Center in Tel Aviv.

“This specific project, from day one, was clinically oriented and patient-specific,” Maoz says. Collaboration among researchers and clinicians is essential for producing results that can directly benefit humans, he says, adding that he never would have known about the problem of sensation if he had not discussed the issue with Arami. “Researchers can do amazing things, but sometimes they don’t know what they need to do in order for it to actually be applicable,” Maoz add.

The scientists think the TENG-IT may be a practical solution for people suffering from debilitating loss of sensation in their hands and other body parts. For one thing, it’s made from low-cost materials that can be implanted safely into humans. Best of all, batteries aren’t required. “The key to the story is […] that these sensors are self-powered,” says Maoz, which “allows you to basically put it under your skin and forget about it.” The team will need to further investigate the device’s durability over time within the human body. But, so far, they’ve shown that the TENG-IT performed perfectly fine after half a million simulated “finger taps,” in which the scientists applied repeated pulses of pressure to the device.

Now, Maoz and his colleagues are working to improve the TENG-IT so that users can sense not only pressure, but temperature and pain, as well. Although the restored feeling won’t exactly replicate the original sensation, the brain’s remarkable plasticity could help bridge this gap. Over time and with repeated stimulation, Maoz says, the brain will learn to correctly interpret the TENG-IT’s signals as sensation, giving the person a feeling very similar to that which they had before their injury.

It will be years before the group can test the technology in human clinical trials, but Maoz is hopeful that the TENG-IT’s elegance and simplicity will expedite the process. He says his lab is focused on getting this technology into the hands of patients who need it as soon as possible. “It is very easy to make, and we hope that we will be able to do it on a large scale soon.”

What is the easiest protein to digest?

Dangerous Amounts of Mercury Found in Soil of Ancient Maya

The Discovery of 7,200-Year-Old Cheese and Other Ancient Food and Drink

What is the easiest protein to digest?

Dangerous Amounts of Mercury Found in Soil of Ancient Maya

The Discovery of 7,200-Year-Old Cheese and Other Ancient Food and Drink