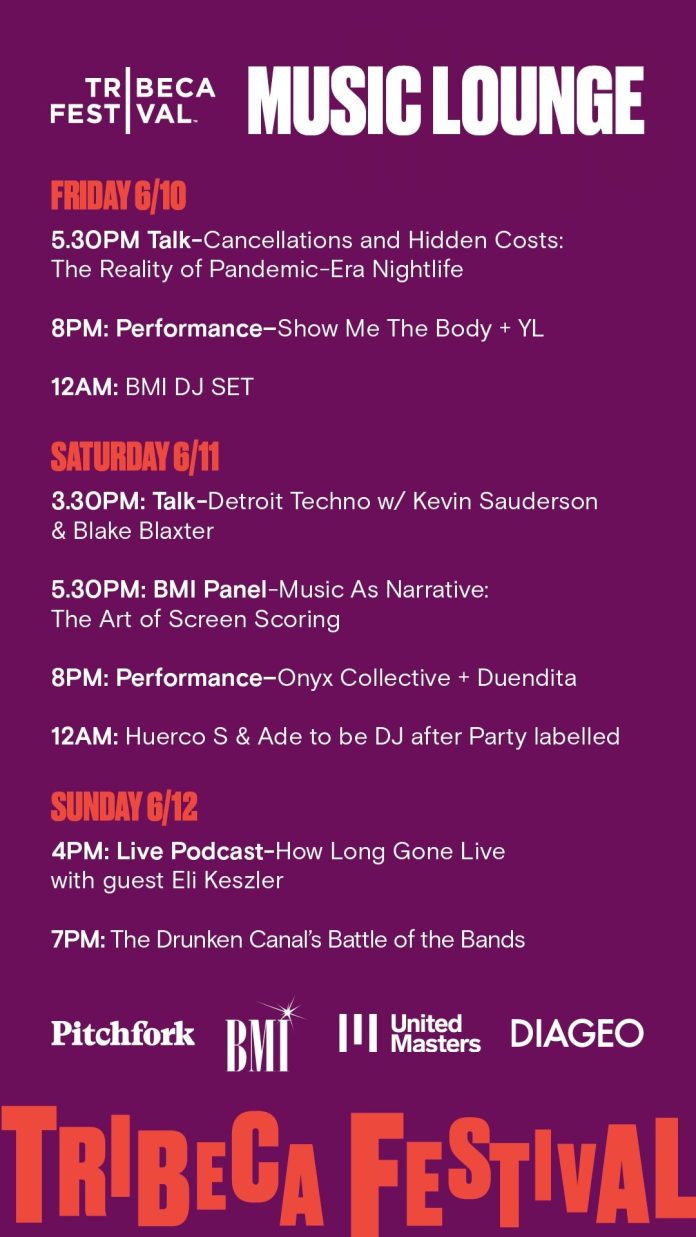 Pitchfork has partnered with the 2022 Tribeca Festival to present the first-ever Music Lounge. A slate of live performances from Onyx Collective, duendita, Show Me the Body, YL, Huerco S., Matt FX, and others will take place June 9-12 at Brooklyn club Baby’s All Right. The weekend will culminate with “How Long Gone” Live featuring hosts Chris Black and Jason Stewart with a live performance from experimental drummer Eli Keszler, followed by a “Battle of the Bands” contest and after party with Drunken Canal. Partners for the event include Diageo, UnitedMasters, Bulleit Frontier Whiskey, Crown Royal, Buchanan’s, Johnnie Walker, and Copper Dog. Tickets are now on sale here.

In addition to a string of live performances, industry talks across the weekend will delve into topics including “Empowering Independent Creators in 2022” with High Road Touring and “Cancellations and Hidden Costs: The Reality of Pandemic-Era Nightlife” with NYC Nightlife Mayor Ariel Palitz. Additionally, there will be a conversation with techno pioneers Kevin Saunderson and Blake Baxter, moderated by Shaka Senkhor, timed to the world premiere of God Said Give ’Em Drum Machines—a new music documentary about the beginnings of Techno Music in Detroit.

There are a number of music-related films premiering at this year’s festival, including documentaries on Leonard Cohen, T-Rex’s Marc Bolan, and more.