Home Culture Eurovision: Here’s who is performing on the next round of semifinals 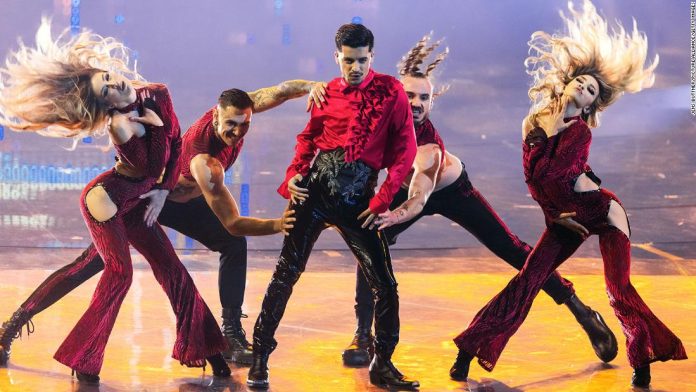 On Thursday evening local time — 3 p.m. ET for those stateside — 18 countries will vie for a spot in Saturday’s grand final in Turin, Italy.
The performers for the second of two semifinal rounds will include representatives from the countries of: Finland, Israel, Serbia, Azerbaijan, Georgia, Malta, San Marino, Australia, Cyprus, Ireland, North Macedonia, Estonia, Romania, Poland, Montenegro, Belgium, Sweden and the Czech Republic.
Performers from Germany, Spain and the United Kingdom will also take the stage but they are automatically qualified for the big finale.
On Tuesday, ten countries were selected for the final show, including favorite-to-win Ukraine.
In the final, the qualifying 20 countries will perform along with the so-called Big Five (France, Germany, Italy, Spain and the United Kingdom).
Viewers in the United States can follow along (but not vote) via the Peacock streaming service, with Eurovision superfan Johnny Weir providing commentary.

TV reporter in hospital after being hit in head by 95mph...

For under $30, this collection can turn you into a Microsoft...

African Union and ICRC Marks 30 years of Partnership on Humanitarian...