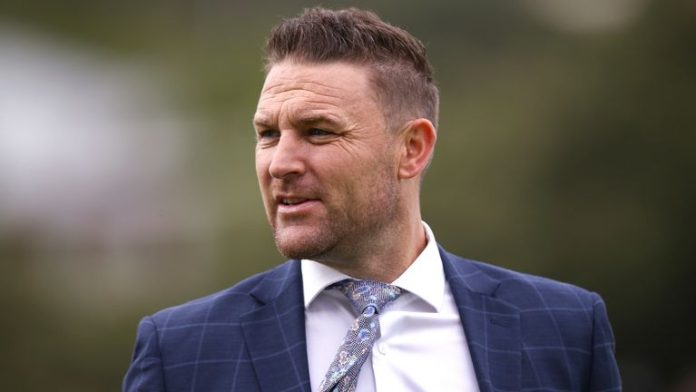 Brendon McCullum has been appointed England head coach on a four-year deal; the former New Zealand captain takes over a team that has managed just one win in their last 17 Test matches; McCullum faces selection issues in all departments for June’s three-match series against the Kiwis

Following his surprise appointment as England Test head coach, Brendon McCullum is facing several crucial decisions that could dictate his success in the highly challenging role.

The former New Zealand captain is taking over a team that has managed just one win in their last 17 Test matches, with 11 losses in that time, and can only point to two guaranteed names on team sheet (fitness permitting) for McCullum’s first Test in charge on June 2.

Taking on a Test coaching role for the first time after having worked in franchise cricket since his retirement in 2019, McCullum will need to rely heavily on his playing experience as he navigates his way through a period of major upheaval for English men’s game.

The man who has appointed him, Rob Key, only took over as the ECB’s managing director of England men’s cricket last month, while Ben Stokes was confirmed as Joe Root’s replacement as Test skipper just a couple of weeks ago.

McCullum, who appears set to finish up his role as head coach of the Kolkata Knight Riders in the Indian Premier League on May 18, will be expected within a week of that date to name his squad for England’s three-match series against New Zealand.

A hugely important factor in rebuilding England’s red-ball side will be the relationship between head coach and captain.

England’s best teams of the 21st century were aided by close partnerships, with Michael Vaughan and Duncan Fletcher combining in the early 2000s, before Andrew Strauss and Andy Flower led a formidable unit at the start of the next decade.

As Stokes is within the England setup, McCullum was a hugely popular figure within the New Zealand dressing room throughout his playing career, and it’s hard to imagine the two affable figures struggling to strike up a bond.

McCullum, who broke records in both international and franchise cricket throughout his playing career, can also empathise with Stokes on the challenges the modern cross-format cricketer faces.

Stokes has already announced that he will bat at No 6, while he also confirmed that former captain Root will return to his favoured position at No 4. That leaves four other top-order batting slots with a certain amount of uncertainty around them.

England appear likely to start the summer with Alex Lees and Zak Crawley opening, with the duo set to be given further opportunity having ousted Haseeb Hameed and Rory Burns following their struggles during the Ashes.

However, there is extreme uncertainty around who will get the nod at No 3 and No 5, with Stokes himself having urged players to “put their hands up” for the roles.

The most likely candidates for the positions would appear to be Jonny Bairstow, Dan Lawrence, Ollie Pope and Dawid Malan, while Lancashire’s Josh Bohannon could force his way into contention for a Test debut if he can continue to score runs in the County Championship.

Constant changes to personnel during England’s hopeless run of form with the bat has failed to improve the situation, so regardless of who is selected, McCullum and his coaching team will need to provide strong technical and mental support if they are to be successful.

Foakes, Bairstow or a return for Buttler behind the stumps?

A factor that could impact McCullum’s selections further up the order will be who he chooses as wicket-keeper.

You may have forgotten that McCullum began his career as a hugely successful wicket-keeper-batter, before back issues forced him to give up the role in Tests, and eventually shorter formats.

His expertise behind the stumps puts him in a strong position to choose between Bairstow, Jos Buttler and Ben Foakes.

Buttler was dropped for the tour of the West Indies, but with McCullum fresh from watching him star for the Rajasthan Royals in the IPL, there could be a temptation to give the 31-year-old another go.

Centuries for Bairstow in the final Ashes Test and first match in the West Indies would appear to give him a strong chance of being included, but McCullum might think the best way to get him in the team is with the gloves.

Undoubtedly the best glove-man of the three is Foakes, but his failure to go past 50 across six innings in the West Indies has left him vulnerable.

Key and Stokes have already made noises to suggest England’s legendary bowling duo Jimmy Anderson and Stuart Broad, who were also dropped for the tour of the West Indies, have strong chances of being included come the first Test against New Zealand on June 2.

Remarkably, Anderson, who turns 40 in July, and Broad, who turns 36 in June, might be the healthiest fast-bowling options McCullum has at his disposal. While he failed to excel in Broad and Anderson’s absence in the Caribbean, Chris Woakes has been a reliable performer on home soil, but looks set to be unavailable at Lord’s.

Ollie Robinson has shown huge potential during his short international career, but the 28-year-old’s body has repeatedly let him down. He must prove to McCullum he is willing to put in the physical work required to enable him to bowl significant spells at full speed

Then there’s the express trio made up of Mark Wood, Jofra Archer and Olly Stone, with the latter appearing to be a non-starter, having most recently been heard spoking about considering retiring from cricket following back surgery.

Wood was enjoying his best run of fitness in the Test arena before an elbow injury ended his tour of the West Indies, and will surely need to be managed carefully.

Last, but certainly not least, is Archer. A chronic right elbow injury has prevented him from playing for England in any format since March 2021, but he looks set to return for Sussex in the Vitality Blast later this month. The 27-year-old insists he still wants to play Test cricket, but admits he needs to prove himself in the shorter forms before that can even become a possibility.

Watch Brendon McCullum’s first series in charge of England live on Sky Sports, as his side take on New Zealand in three Tests, starting at Lord’s on June 2.