Home Music The Chainsmokers Move Away From Collaborations On New Pop Album, “So Far... 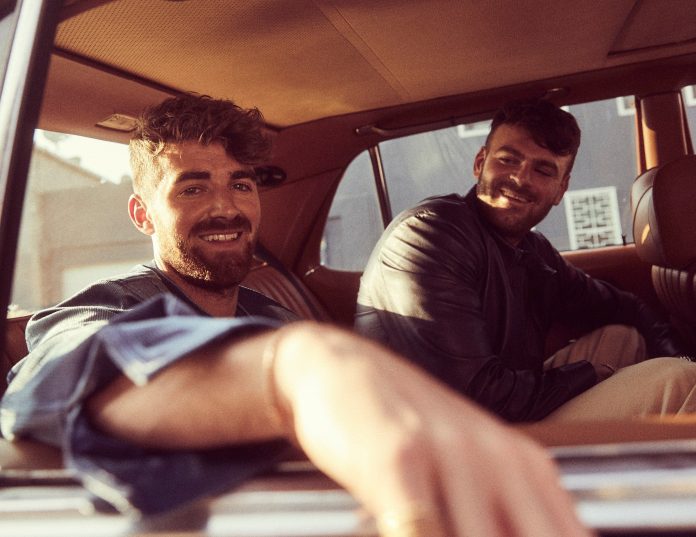 The Chainsmokers are back from their hiatus as they release their fourth studio album, So Far So Good, today, via DISRUPTOR/Columbia Records/RCA. The duo (or is it trio?) long ago jumped ship from EDM into the pop world, but it’s clear they still use their history as producers in their work so it’s been hard to definitively separate the two worlds. But on this album, they fully lean into the pop world as they work with producer Ian Kirkpatrick (Britney Spears, Dua Lipa, Selena Gomez, Jason Derulo) and Whethan.

So Far So Good was created after the guys “escaped to Hawaii with some friends and gave themselves permission to not create anything at all if they didn’t want to.” In an era ruled by algorithms and focus on streaming numbers, there’s a fair bit of privilege that comes with doing something so seemingly mundane as just ‘getting away from it all.’ It’s unfortunate then that the final product feels a bit soulless.

Lots of reverbed vocals and glittery synths á la M83 or Owl City don’t do a whole lot to create a meaningful listening experience for fans, in spite of the admittedly clean production. One of the new singles on the album, “Testing,” manages to cover “Pure Imagination” from Charlie & The Chocolate Factory in its outro, preceded by lyrics like

Can I say I’ve lost myself?
Or would it be too much for everyone at home?
Can I say I’ve turned on myself
For all the things that I’ve done and everyone I’ve wronged?

all coupled with some cheesy synthpop and a hype hip-hop drop. It feels wildly disjointed; though, if you weren’t paying full attention to the song, it would actually be really fun.

Drew’s voice has gotten better. Or perhaps they’ve discovered some new vocal processing software. It’s hard so say. There’s certainly some Random Access Memories influence on “Solo Mission.” But the lyrical content from The Chainsmokers still suffers from the same lack of world awareness as the guys who once had the phrase “17.34 combined inches” on their website.

It’s not like every album has to say something new but even their hit single “High” says Why? You only say you love me when you’re high / It’s like we go through the same shit every night which sounds an awful lot like “Why’d You Only Call Me When You’re High?” by Arctic Monkeys, which came out nearly a decade ago. Is it maybe time to move on from asking why love interests only reach out when they’re under the influence?

Now, it’s three in the mornin’
And I’m tryna’ change your mind
Left you multiple missed calls
And to my message, you reply
“Why’d you only call me when you’re high?”

There have been too many times EDM fans have asked why The Chainsmokers are still billed for headlining slots at EDM festivals. And up until this album, I’ve been able to rationalize it with their admittedly high-octane and energetic sets. But now, I just don’t know.

Peggy Gou Remixes Kylie Minogue’s “Can’t Get You Out of My Head”: Listen

St Helens hold out for win over Warrington