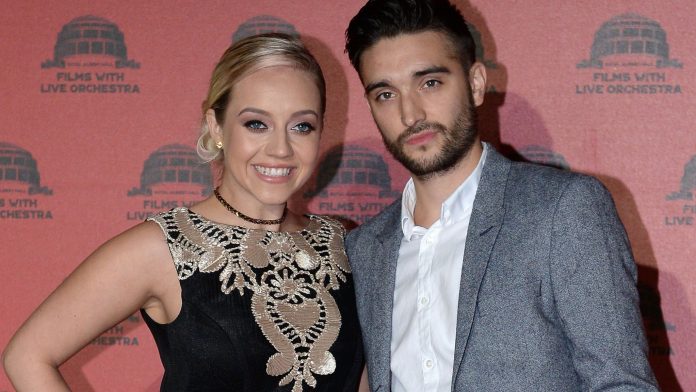 Ed Sheeran helped to pay for some of Tom Parker’s treatment for an inoperable brain tumour, the late Wanted star has revealed in his autobiography.

The 33-year-old singer told his fans that he was suffering from an aggressive from of cancer back in October 2020, and after battling the disease for 18 months, sadly died in March.

Parker and Sheeran became friends after the Shape of You singer joined the British-Irish boyband on their tour bus during a trip to America over 10 years ago.

In an extract from the book published in The Sun, Parker writes: “Pretty much from the moment I was diagnosed, Ed Sheeran reached out to me with an offer to do anything he could to help.

“I’ve never publicly said this before (and he’ll probably be mad that I’m doing it now) but Ed is a very special man – he even helped out with my medical bills when I was seeking other treatment options and having private immunotherapy.

“He didn’t need to do any of that, but my wife Kelsey and I are so grateful to him for his support. It meant the world.”

The father-of-three also revealed that when he was diagnosed with the “worst-case scenario” – a grade 4 brain tumour called a glioblastoma – he didn’t ask doctors how long he had left to live as he “needed to be able to live with hope”.

He praised his wife Kelsey for her support, describing how the pair first got together after meeting in a nightclub along with Pixie Lott.

Calling her his “guardian angel” and “rock”, he admits “I was quite s***** to her during our first year”, refusing to call her his girlfriend and only later realising she was the one.

Hope, which is being published posthumously, tells the story of Parker’s life in Wanted, his role as a father and husband and his determination and positive outlook in the face of his inoperable brain tumour diagnosis.