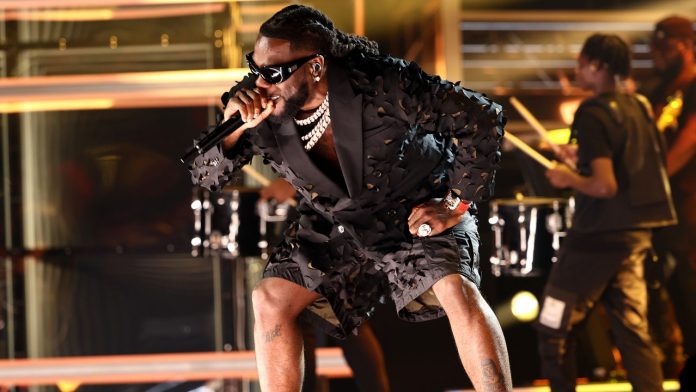 Burna Boy performed at the Billboard Music Awards on Sunday night (May 15), performing the Toni Braxton-sampling “Last Last” from his forthcoming album Love, Damini and the 2021 single “Kilometre.” Watch him take the stage in Las Vegas below.

Burna Boy’s stop at the BBMAs came just a few weeks after his headlining gig at Madison Square Garden, where he earned the distinction of being the first Nigerian artist to top the bill at the massive arena. Since releasing Twice as Tall in 2020, he’s collaborated on new material with Polo G, Angélique Kidjo, and Wizkid, in addition to releasing a few other solo singles. He announced Love, Damini at the end of April, sharing “Last Last” two weeks later.