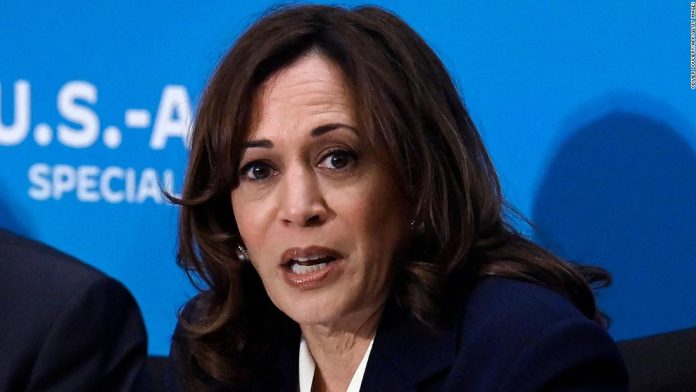 Harris told reporters after the meeting she made the trip on behalf of President Joe Biden and the American people, “to express our condolences to a friend and a partner, the United Arab Emirates,” and to offer congratulations to the new UAE president, Sheikh Mohammed bin Zayed Al Nahyan. Sheikh Khalifa, whose modernization policies helped transform his country into a regional powerhouse, died on Friday at the age of 73.
Harris said she reaffirmed the US’ commitment to the “security and prosperity in this region,” and that she spoke of “how the American people have benefited from this relationship.”
The vice president was joined on the high-profile trip by Secretary of State Antony Blinken, Defense Secretary Lloyd Austin, CIA Director Bill Burns and special presidential envoy for climate John Kerry.
The White House said the trip would also be attended by US Embassy Abu Dhabi Chargé d’Affaires Sean Murphy; Harris national security adviser Phil Gordon; National Security Council coordinator for the Middle East and North Africa Brett McGurk; and NSC senior director for the Middle East and North Africa Barbara Leaf.
The inclusion of several other top Biden administration officials in the delegation signals an effort by the US to ease recent tensions between the two countries, which grew after a drone attack on Abu Dhabi by Houthi rebels in January that left three dead. The UAE has pushed to have the Biden administration redesignate the Houthis as a terrorist organization after Biden reversed the Trump-era designation.
Biden has called the late UAE leader “a true partner and friend of the United States.” He said in a statement, “The United States is determined to honor the memory of the late president Sheikh Khalifa bin Zayed Al Nahyan by continuing to strengthen the strategic partnership between our countries over the coming months and years.”
Sheikh Mohammed, his brother, was unanimously elected president by the country’s Federal Supreme Council, according to the UAE’s official news agency. Sheikh Mohammed had been widely seen as the de facto leader of the UAE, handling day-to-day affairs for the Gulf state, while Sheikh Khalifa’s role had been largely ceremonial since he suffered a stroke and underwent surgery in 2014.