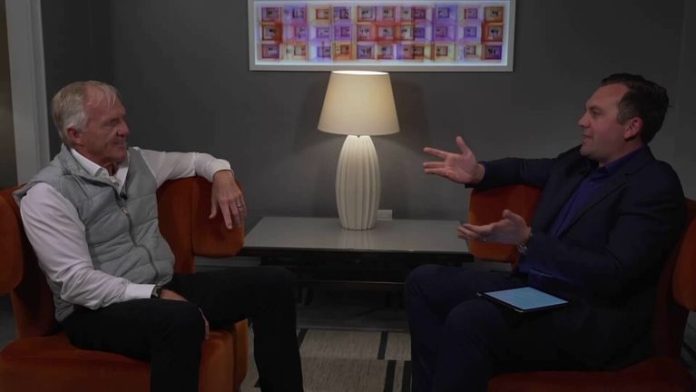 Jack Nicklaus: “I was offered something in excess of $100m by the Saudis, to do the job probably similar to the one Greg [Norman] is doing”; The LIV Golf Invitational Series will stage its inaugural tournament worth a record $25m at the Centurion Club between June 9-11

Jack Nicklaus says he was offered in excess of $100m by the organisers of the LIV Golf Invitational Series to be the face of the breakaway Saudi-backed tour.

The 18-time major and 73-time PGA Tour winner says he turned down repeated advances; Greg Norman is now fulfilling the role of chief executive of LIV Golf Investments, but it seems he was not first choice.

“I was offered something in excess of $100m by the Saudis, to do the job probably similar to the one Greg is doing,” Nicklaus said in a story with Fire Pit Collective.

“I turned it down. Once verbally, once in writing.

The LIV Golf Invitational Series will stage its inaugural tournament worth a record $25m at the Centurion Club near St Albans between June 9-11. In addition, five tournaments will be played in the United States and a team match play finale at Trump Doral in Miami at the end of October.

The PGA Tour has denied requests from players, including Phil Mickelson, who asked to participate in the London tournament. Players must request clearance to play in the second LIV event by Tuesday.

Mickelson has withdrawn from this week’s PGA Championship and will not defend his title, extending his break from golf since the fall-out from his explosive comments about the PGA Tour and the Saudi-backed breakaway that came to light in February.

“My advice to Phil would be to be patient,” Nicklaus said. “The world is a very forgiving place.

Greg Norman has branded the PGA Tour “anti-competitive” after it did not approve the participation of players in the first LIV Golf Invitational Series event in London next month.

The PGA Tour on Tuesday rejected requests from players for authorisation to play, explaining the decision is in the “best interests of the Tour and the players”.

Norman has branded the move as “anti-golf”, saying: “Sadly, the PGA Tour seems intent on denying professional golfers their right to play golf, unless it’s exclusively in a PGA Tour tournament.

“This is particularly disappointing in light of the Tour’s non-profit status, where its mission is purportedly ‘to promote the common interests of professional tournament golfers.’

“Instead, the Tour is intent on perpetuating its illegal monopoly of what should be a free and open market.

“The Tour’s action is anti-golfer, anti-fan, and anti-competitive. But no matter what obstacles the PGA Tour puts in our way, we will not be stopped. We will continue to give players options that promote the great game of golf globally.”