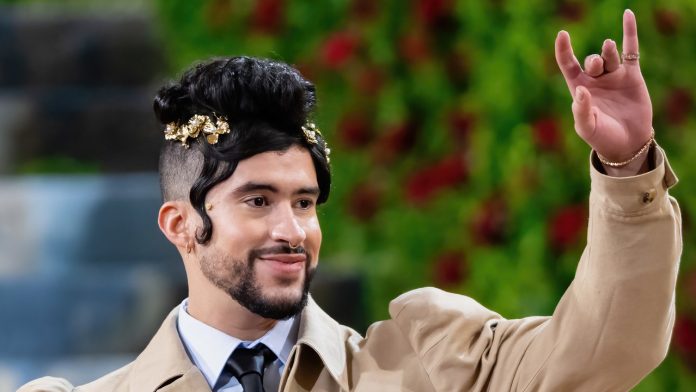 Bad Bunny’s new album Un Verano Sin Ti debuted at No. 1 on the Billboard 200 albums chart this week, Billboard reports. With 274,000 album-equivalent units, he now has the biggest opening week of 2022, beating out Future’s total from last week for his new LP I Never Liked You—a total expected to be overtaken by Kendrick Lamar’s Mr. Morale & The Big Steppers.

Un Verano Sin Ti is Bad Bunny’s second album to debut atop the chart; his Grammy-winning LP El Último Tour del Mundo entered at No. 1 in December 2020, the first Spanish-language album ever to do so. His previous album YHLQMDLG was previously held the highest-charting album in Spanish, debuting at No. 2 in March 2020.

Sony Pictures announced last month that Bad Bunny had been cast as Marvel comics antihero El Muerto—a wrestler whose powers come from his lucha libre mask—in an upcoming live-action film. He’s previously performed as a wrestler with the WWE, including a high-profile appearance at WrestleMania 37. And in March, it was announced that he would be starring in the David Leitch film Bullet Train, opposite Brad Pitt.

Check out “A Guide to All the Featured Guests on Bad Bunny’s New Album” on the Pitch.

WTTC Members and G20 Ministers gather in Bali as part of...

SEATTLE WELCOMES THE TASTE OF ICELAND FESTIVAL FROM OCTOBER 6-9