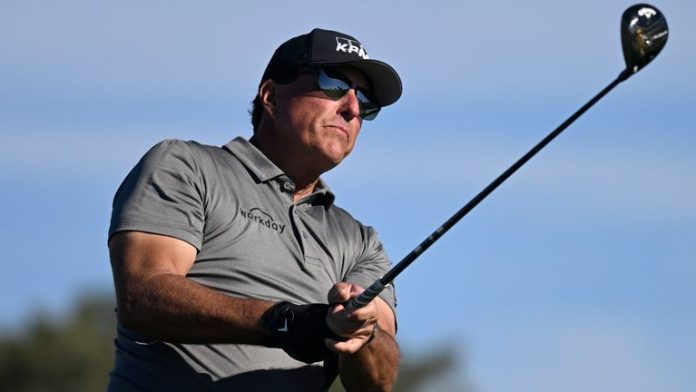 “I’ve mentioned in the past, do I currently think the PGA Tour is the best place to play? I do. Do I think it can be better? Yes. I’m sure there will be some sort of consequences [for playing LIV without release] but I really don’t know at this time. It’s wait and see” – Fowler

American Rickie Fowler says he has not yet made up his mind about taking part in the Saudi-backed LIV Golf Invitational Series, days before he renews his bid for a maiden PGA Championship title at Southern Hills Country Club.

Top golfers have descended on Tulsa, Oklahoma, ahead of the competition amid controversy over the upstart LIV Golf, which is aiming to challenge the PGA Tour.

Last week, the PGA Tour denied event releases for members who sought to play at LIV Golf’s inaugural event taking place at the Centurion Club near St Albans on June 9-11, saying participation would conflict with the RBC Canadian Open.

Five-times PGA Tour winner Fowler said he was approached by the LIV Tour but has not “made a decision one way or another”.

“I’ve mentioned in the past, do I currently think the PGA Tour is the best place to play? I do. Do I think it can be better? Yes,” said Fowler.

He said he wanted greater clarity regarding whether “you’re an independent contractor or are you basically an employee” on the PGA Tour and wanted to know the consequences for playing at the St Albans event without a release.

“I’m sure there will be some sort of consequences, but I really don’t know at this time. It’s almost kind of have to wait and see, and see what happens,” Fowler added.

Last week, Hall of Famer Greg Norman, who serves as chief executive of LIV Golf, referred to the 2018 killing of Saudi Arabian journalist Jamal Khashoggi as a “mistake”, drawing criticism including from Khashoggi’s fiancee.

Turkish President Tayyip Erdogan has said the killing had been ordered at the “highest levels” of the Saudi government.

The PGA Championship is carrying on without its defending champion, Phil Mickelson, who stepped away from the game in February after comments he made indicating he could look past Saudi Arabia’s human rights record.

The Saudi government has denied accusations of human rights abuses and Mickelson has since apologised.