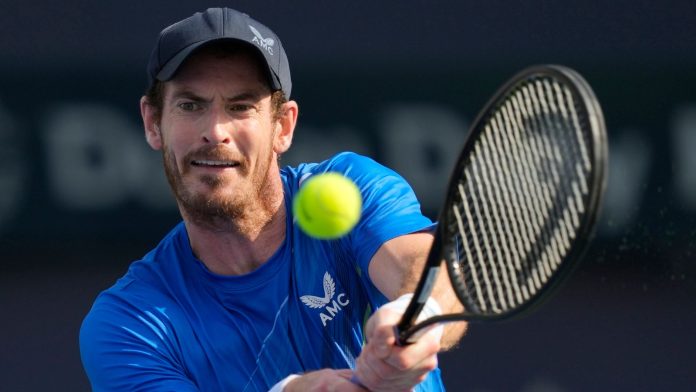 Andy Murray has been confirmed as part of a strong British field set to compete in the upcoming Queen’s Club and Surbiton Trophy grass court events.

The three-time major champion and former men’s world No 1 returns as a wildcard to Queen’s Club on June 13, where he has previously won six ATP Tour titles, as well as featuring in the ATP Challenger event at the Surbiton Trophy from May 29.

“I’m really looking forward to playing at Surbiton and Queen’s this year – two great events,” said Murray. “It’s always special playing on the grass in front of a home crowd.”

British men’s No 1 Cameron Norrie will look to continue his impressive year, which includes a win at the Indian Wells Masters in October, by attempting to go one better at Queen’s Club after reaching the final last time out.

Dan Evans competes on the back of reaching the quarter-finals at Queen’s last year, while young Jack Draper has been awarded a wildcard for the cinch Championships after reaching the last eight in 2021.

Draper impressed over the first half of the 2022 campaign with four tournament wins on the ATP Challenger Tour as he closes in on the top 100.

Wheelchair star Alfie Hewett, who won in both the Australian Open singles and doubles in January, will meanwhile compete alongside Gordon Reid.

“To see so many of our British players thriving at the top of the game highlights the progress our sport has made in recent years, and it will be fantastic to see so many of them taking to the grass courts for the LTA’s summer events,” said Leon Smith, Head of Men’s Tennis at the LTA and Davis Cup captain.

“In a year that has seen Cam Norrie break into the top ten of the ATP rankings, Dan Evans and Andy Murray serve up some great performances, Joe Salisbury rise to No.1 spot in the doubles rankings, Neal Skupski win his first ATP 1000 event and Jack Draper continues to make such great progress, there is so much to look forward to this summer in our grass courts events leading into Wimbledon.”