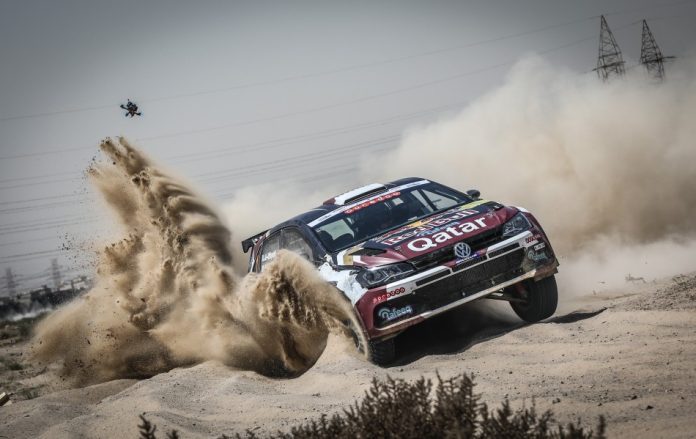 The 2022 Jordan Rally, round four of the 2022 FIA Middle East Rally Championship (MERC), gets underway with a ceremonial start at the Royal Automobile Museum in Amman on Thursday afternoon.

Qatar’s Nasser Saleh Al-Attiyah has won the regional title on 17 occasions and amassed 80 MERC event wins, including 14 in the Hashemite Kingdom. While French legend Sébastien Loeb bids for his 81st WRC win at this weekend’s Rally of Portugal, Al-Attiyah will be aiming for a similar feat in the MERC over 4000 kilometres away at the lowest point on earth. Away from traditional special stage rallies, both drivers are now great rivals in the new FIA World Rally-Raid Championship.

Partnered by Andorra-based navigator Mathieu Baumel at the wheel of an Autotek Volkswagen Polo GTi, the Qatari currently holds a 50-point MERC series lead over Jordanian driver Issa Abu Jamous, with the latter switching his focus to defending a sizeable lead in the MERC2 category. Baumel was forced to miss the opening round in Oman through illness and the Frenchman only leads the Co-Drivers’ Championship by 11 points from Emad Juma  as a result.

Al-Attiyah said: “I’m really happy to come back here to Jordan. It’s my favourite rally and it’s round four of the Middle East this year. It will not be easy for everybody. Also, this year, we have the long stage that we used before in the WRC. This will be tough for everybody. We will prepare. The atmosphere is always nice here in Jordan.

“This year has been a good year for us. We started by winning Dakar and then we won the two Middle East Championship rallies in Oman and Qatar. Kuwait, we finished second. We need to be clever here. If we win, we should win the championship. We need to enjoy and share the experience with everybody.”

Standing in the way of Al-Attiyah achieving his goal will be two rivals in similar R5 machines and a further 23 entrants across the various classes and categories.

Al-Rawahi and Al-Atya currently hold third and fourth places in the Drivers’ Championship, with the former looking to bounce back from a heavy landing that damage his Fabia’s radiator and caused engine damage at the last event in Kuwait.

Al-Atya was runner-up in the regional rally series back in 1993 and would dearly love to repeat the feat 29 years later. His only win in the MERC to date came at the Qatar International Rally the same year.

Bernacchini, on the other hand, is the equal third most successful co-driver in the history of the championship. He is tied with Chris Patterson on 25 wins, thanks to his multi-year stint alongside Nasser Saleh Al-Attiyah. Only Ronan Morgan (41 wins) and Baumel (28 wins) have a better record in the region.