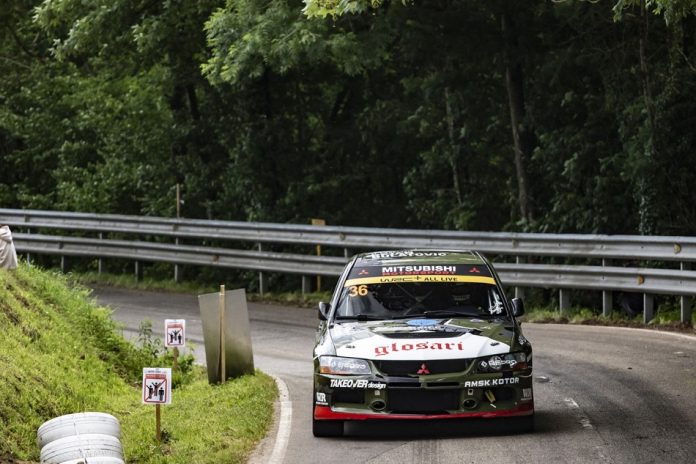 The third round of the FIA European Hill Climb Championship, the Spanish “Subida Internacional Al Fito”, proved to be a turning point in the provisional classification of Category 1: Montenegro’s Vasilije Jaksic is now alone in the lead, after setbacks for Karl Schagerl, Tomislav Muhvic and Igor Stefanovski.

In Category 2, Christian Merli remains undefeated, but the hero of the event was Javier Villa, who overcame the difficult weather conditions and the atypical course of Al Fito.

Associating the sun with any event in Spain is not a sure thing and is regularly contradicted by the weather conditions that prevail during the Spanish round of the European Hill Climb Championship in the Asturias region, which is traditionally held in May. The Al Fito event, already known to be difficult due to its tortuous route compared to other classics of the season, has often been marked by fickle conditions. The 2022 edition of the “Subida Al Fito” was no exception, with a third practice heat and a first race heat contested on a wet road, and particularly treacherous in the undergrowth sections.

Merli (Osella FA30) once again dominated the race from start to finish. But sensing the opportunity to achieve a feat with his “small” BRC, powered by a motorbike engine (admittedly turbocharged), Villa once again distinguished himself by an exceptional level of driving, conceding only 1.9 seconds to Merli in the first heat when the grip conditions were the most precarious.

As the track dried out for heats 2 and 3, the gap to Merli grew, but Villa still managed to keep the V8 protos of Petr Trnka (Norma M20FC) and Milos Benes (Osella FA30) behind him to finish second overall, and even first in Group E2-SC, making him runner-up in the provisional championship standings.

After a promising start in France and Portugal, Joseba Iraola (Nova NP01) and Alexander Hin (Osella FA30) did not improve their points score in the Championship, the Spaniard suffering from transmission problems and the German going off the road during the morning race on Sunday.

There were a number of reversals of fortune in Category 1, which is reserved for so-called closed cars and is divided according to their Pf value (www.fiaperformancefactor.com). Group 1’s Karl Schagerl (VW Golf Rallye) had a difficult weekend, experiencing transmission problems, and being reduced to rear-wheel drive mode instead of 4WD in his last race, and thus saved some points by finishing 2nd in his Group, behind the Audi RS5 DTM of Jose Lopez-Fombona and in front of the Mitsubishi Lancer of Domagoj Perekovic, who was also happy to finish the race after a crash in heat 1.

Igor Stefanovski (Hyundai i30 TCR) also had an accident in Spain: he went off the road during the first practice session and tried to repair his car for the Sunday races, but without success. Reigning champion Antonino Migliuolo (Mitsubishi Lancer Evo IX) capitalized to score his first victory of the year in Group 3, ahead of the Skoda Fabia S2000 of Matija Jurisic and the Ginetta G50 GT4 of Jose Alonso Liste. After two victories in Group 2 in France and Portugal, Tomislav Muhvic was forced to retire due to technical problems with his Mitsubishi Lancer Evo IX.

Of all the drivers showing title ambitions and announcing a full European programme, Montenegrin Jaksic (Mitsubishi Lancer Evo IX RS) has displayed unfailing reliability and form. With three Group 4 victories in three events, he is now alone at the top of the provisional Championship ranking.

The FIA European Hill Climb Championship will continue in Sternberk on 28 and 29 May. The Czech classic, known as “Ecce Homo”, could well be the most challenging and crowded event of the year, judging by the number and quality of applications received.

All the standings of this third round of the 2022 FIA European Hill Climb Championship can be found here.