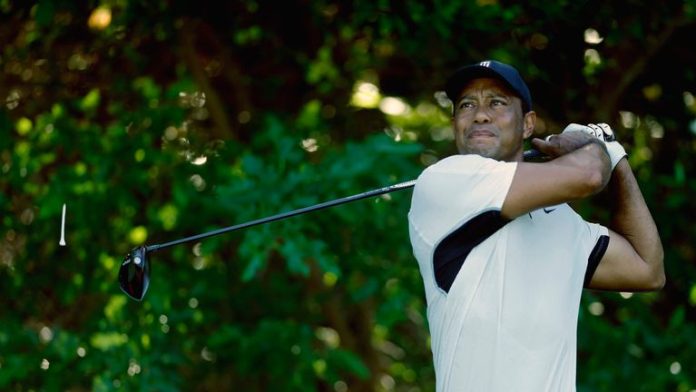 Henrik Stenson: “No matter what your age, if you play your best game and you use all that experience and mental abilities and everything else, you can certainly be up there and win”; Watch the PGA Championship live on Thursday from 1pm on Sky Sports Golf

Phil Mickelson may have dominated the build-up to the 2022 PGA Championship for the wrong reasons, but Henrik Stenson hopes to take inspiration from the absent defending champion this week at Southern Hills.

Mickelson became the oldest winner in major history at Kiawah Island last year, but is sitting out a second major of the year as part of an extended break from the game following a backlash to explosive comments he made about the PGA Tour and a Saudi-backed rival league that came to light in February.

Long-time rival Tiger Woods said he was “disappointed” by Mickelson’s absence this week, with many other players describing his exile from the game as “sad”.

Stenson, when asked if Mickelson’s victory last year at the age of 50 gave him hope of winning a second major title in the future, the 46-year-old joked: “Yeah, I’ve got four more years to prepare, I guess.”

The Swede, who got the better of Mickelson in a memorable duel to win The Open in 2016 at Royal Troon, added: “Certainly for us guys who are a little bit on the older side, of course that was great to see Phil winning at 50 last year and give that inspiration that it’s certainly not too late.

“We see the younger generation, the kind of firepower they have off the tee, but there’s more to it than just distance.

“No matter what your age, if you play your best game and you use all that experience and mental abilities and everything else, you can certainly be up there and win even at a later age. It was certainly inspiring and good to see.”

Stenson has not won a full-field event since 2017 and has fallen outside the world’s top 200, while he now has the added responsibility of leading Europe’s bid to regain the Ryder Cup in Rome next year.

“I’m sure it will be occupying my mind a bit more than I would like it to at times,” Stenson admitted, although he would not be drawn on whether he would opt for more than three wild cards for the contest at Marco Simone Golf and Country Club.

“I think that’s me as a person. I want to do a good job. I want to be there for the players, making sure that we’ve done everything we can in preparation.

“It will take up a lot of time, but it’s fun time.

“It’s going to be an interesting journey and we’re going to do everything we can to get the right result in Rome and for me to be able to perform as well as I can along the journey as well.”

Who will win the PGA Championship? Watch throughout the week live on Sky Sports. Live coverage begins on Thursday from 1pm on Sky Sports Golf.