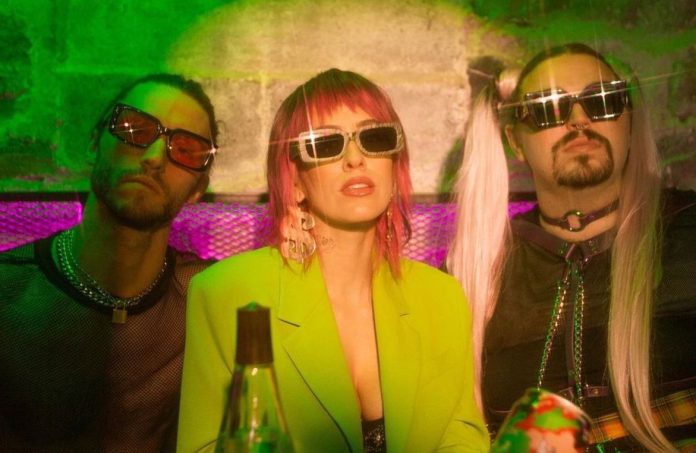 Wreckno, DEV and Super Future make an iconic trio in their futuristic hybrid hip-hop bass bop “Everything” — out now on Four Loko Records.

As part of Wreckno’s mission to create a safe space for LGBTQ+ people in EDM, “Everything” is a show stopper that inspires and empowers with a sick beat and even sicker hook — and that’s on everything.

It’s rare that collaborations come together like this, but each piece fits together ever so nicely. DEV’s lush, confident vocals, Super Future’s bass-forward production style and Wreckno’s fresh to death bars. Not to mention a music video worth obsessing over.

Wreckno shares how this dream collab came to be:

DEV discovered me after my track ‘Medusa‘ with Griz dropped and showed interest in working together. DEV came up with the lyrical concept and sent it to me, then I sent it to Super Future so it kind of snowballed from her first recording. When I first started recording music with my brother in 2011 at 15 years old, we would use her tracks as templates to write our own, so working with her is literally a dream come true.

WTTC Members and G20 Ministers gather in Bali as part of...